Jane Fonda Opens Up About Being 'Closer to Death' 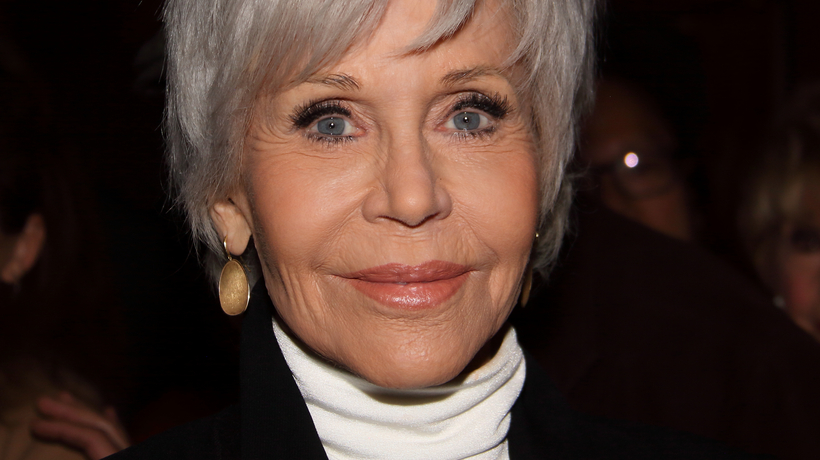 True to form, Jane Fonda is telling it like it is.

In a new interview with CBS Sunday Morning, the Grace and Frankie star, 84, opened up with her thoughts on aging.

“I’m super-conscious that I’m closer to death. And it doesn’t really bother me that much,” the Academy Award winner said, adding that there is one antidote to her carefree attitude on getting older.

Physical obstacles aside, Fonda emphasized her gratitude for her health and ability to continue to work – and proposed the idea that perhaps growing old is partially a mindset.

“The fact is if you’re alive and relatively healthy at an older — I mean, I’m almost 85,” she added. “The fact that I’m still alive and working, wow, who cares if I don’t have my old joints? And I can’t ski or bike or run anymore? Enh. You know, you can be really old at 60, and you can be really young at 85. Health!”

In their hit Netflix series, Fonda and Lily Tomlin play a pair of friends who form an intense bond after their husbands, played by Martin Sheen and Sam Waterston, reveal they are in a relationship.

In the trailer for the show’s final season, the two friends discuss aging.

“I need a triumphant ending for my life, but as it turns out, I never really did anything,” Frankie, played by Tomlin, says. “As you approach the end, you start to wonder who you really are.”

Fonda’s character Grace mulls over the idea. “I’ve wasted too much of my time catering to the men in my life,” she adds.

Fonda and Tomlin are very close friends off-screen, as well. Their decades-long friendship began in the 1980s, when they both starred on 9 to 5.

At her Hollywood Hand and Footprint Ceremony on Friday, Fonda spoke to PEOPLE about how working with Tomlin on the Netflix series “deepened” their friendship.

“I love Jane from a long time ago. And so it seemed so natural,” Tomlin said. “The show was offered to us. And I just knew we would do it because it was about something that was important to us, aging women and them not being marginalized and being treated like human beings and how they would want to be treated and thought of.”

Grace and Frankie is in its seventh and final season, with the last batch of episodes set to drop on Netflix on April 29.