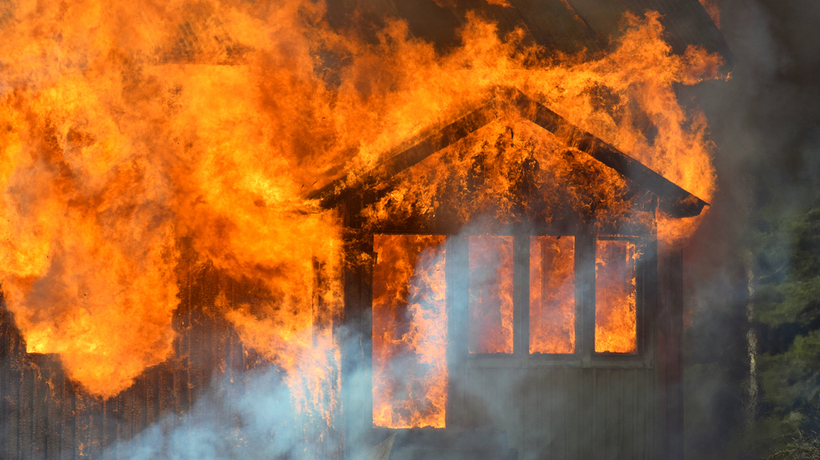 Fort Wayne, Indiana is in mourning after four children died when their mobile home went up in flames last Thursday.

According to NBC affiliate WPTA, autopsies were performed on Friday, and the Allen County Coroner’s Office has identified the deceased as Matthew Damron, 10, Johnnie Mann-Goff, 5, Jefferson Goff, 3, and Rosalynn Goff, 2.

Four more people managed to escape the blaze, including 30-year-old Jessica Mann, the mother of the four children. The other survivors have been identified as 24-year-old Audrey Kistler, 17-year-old Samuel R. Barnett and 18-year-old Travis Garrison. Their conditions are currently unknown.

In an interview with Fox 55, Garrison recalled how he had to break the news to Mann that her children had not escaped.

“She ran over to me and the other three, or the other two, and asked if her kids were okay and I told her they were still in there,” he said. “I kept hearing the kids screaming. Screaming and I couldn’t do anything about it.”

Mourners visited the scene of the tragedy on Friday, some of whom left mementos for the victims. One man paying his respects was neighbor Juan Sanchez, who spoke emotionally about how he couldn’t believe the children who called him “Mr. Tony” are gone.

“That’s so hard to look at. Sorry, I started thinking about the kids again,” he said. “We never would have thought we’d wake up and that’s the last time we’d see them, you know?”

He was not home at the time of the fire.

Another neighbor, Marine Corps veteran Wesley Desjardins, was at the scene when he saw the flames. He called 9-11 and desperately tried to save the children by breaking out a window and trying to kick in the front door.

“I pulled out the air conditioner and fire just came completely out,” he recalled. “At that point the screams just stopped, and I realized there was nothing more to do.”

While investigators do not believe the cause of the fire is suspicious, they say it could be weeks before it is confirmed.