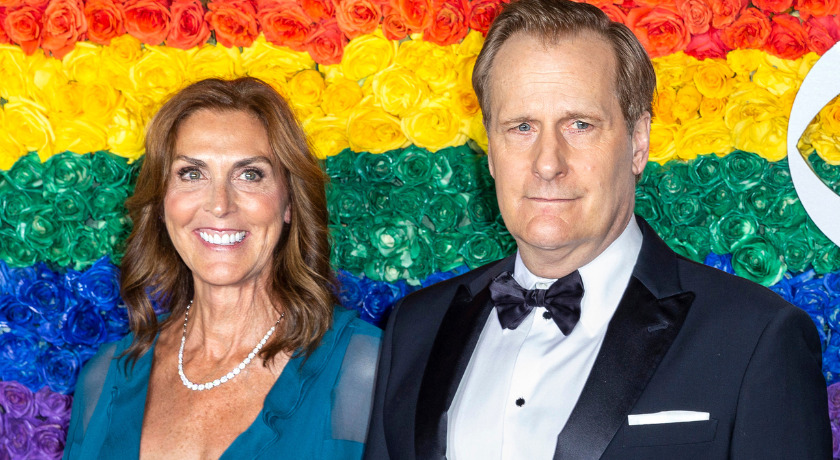 Jeff Daniels, Emmy winner and Tony nominee, has a long-standing career in film, television, and theater. His personal life, however, has been focused on “normalcy”. He has been married to his high-school sweetheart, Kathleen Treado, for 42 years. Together, they raised three children—Ben, Lucas, and Nellie—in his home state of Michigan.

Daniels originally moved his family to New York, but decided to leave in 1986, stating “it was a very dramatic move in 1986 to move to Michigan, but that was to keep the family number one. And that worked.”

The focus of Daniels’ personal life was always “to create as much a sense of normalcy as possible.” The pair would often take their children on RV trips and Daniels said, in an interview with Kelly Ripa, that Treado still packs his lunches for him. The quaintness of their life is by design; Daniels told People, “Kathleen’s permanent. The family’s permanent. Careers are job to job, you’re hot, you’re not.”

Daniels’ career has been hot since 1983’s, Terms of Endearment. His marriage has lasted even longer. Daniels says that the secret to the latter is fairly simple, “[…] understanding that mansplaining is a real thing. It probably qualifies as a disease and you should get the suitable medication. That’s the key to mansplaining is, just don’t speak as much, and you’ll probably last long.”

Charmingly, Daniels did not go onto define “mansplaining”, but for those readers who remain blissfully unaware, mansplaining is the act of explaining a simple or clearly understood concept to another person, in a way that is condescending or patronizing.

Now, Daniels and Treado’s children are grown up, but the pair still reside in Michigan. Daniels owns a theatre, aptly called The Purple Rose, and recently taken over as Artistic Director. His son, Lucas, serves as an Associate Artistic Director.

Daniels is set to star in Regina King’s and Netflix’s adaptation of Tom Wolfe’s “A Man in Full”.