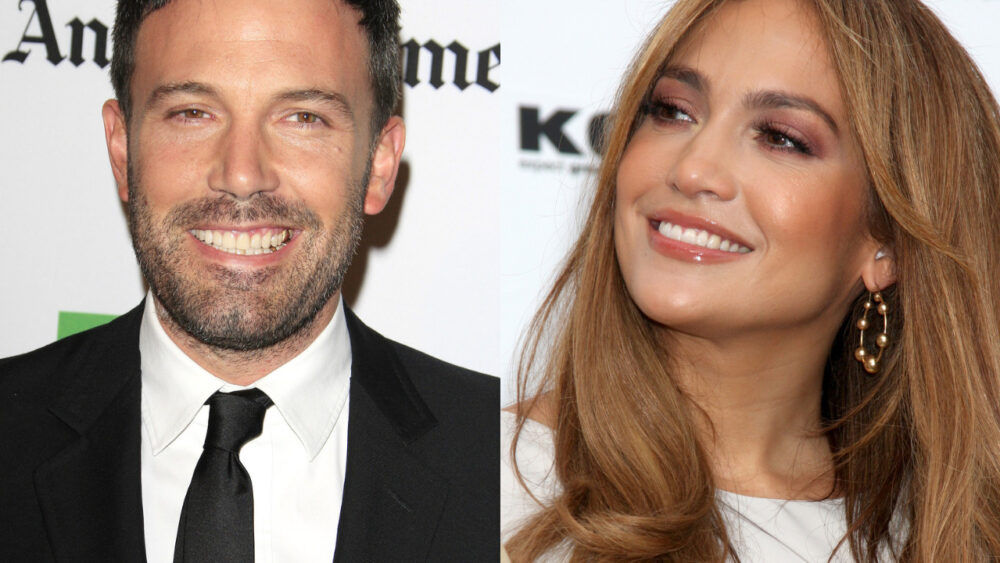 “I 100 percent believe that they will last,” Wolfe said in an interview with PEOPLE. “They will make it. I really do believe they’re meant for each other.”

Lopez and Affleck rekindled their romance last year and announced their engagement this past April.

“Stick around long enough and maybe you’ll find the best moment of your life in a drive-thru in Las Vegas at 12:30 a.m. in the morning in the Tunnel of Love drive through, with your kids and the one you’ll spend forever with,” Lopez said. “Love is a great thing, maybe the best of things — and worth waiting for.”

Ryan Wolfe, the head pastor at Little White Wedding Chapel, told the magazine that the couple’s arrival at his ministry was wholly unexpected and very last-minute. “We were locking up everything, and they get out and we were like, ‘Okay, well I guess we can do one more,’” Wolfe recalls.

Wolfe wasn’t giving the couple special treatment —  in fact, he didn’t even recognize the famous duo at first.

“I think it was just because I didn’t expect to see them,” he explains.

Shortly after their arrival, Wolfe led the couple into two separate rooms so that they could change into their wedding clothes. Lopex wore an elaborate, off-the-shoulder lace design by Lebanese designer Zuhair Murad, while Affleck wore a white tuxedo jacket, black slacks and a bow tie.

“Jennifer was going to go change in our break room, and then as I was walking Ben Affleck to the restroom outside the men’s public restroom, he said, ‘No, I don’t need anything fancy. I’m not fancy,’” Wolfe says. “I walked him out there, and then all of a sudden it just hit me. I’m like, ‘That’s Ben Affleck! That’s Ben Affleck!’” Wolfe didn’t want to make the star uncomfortable, so he did his best not to react to his new revelation. However, for him, “it was hard not to do.”

Wolfe says the ceremony was “just a regular wedding ceremony,” as the couple did not want anything fancy. The only other people attending the ceremony were Lopez’s 14-year-old child, Emme, and one of Affleck’s three children.

Throughout the ceremony, Wolfe says the kids seemed “thrilled.”

“At the end of the ceremony, they were almost giddy — excited, jumping around,” he says.

‘You could tell [the two kids] also were close, had a good relationship, really liked each other. They were very excited and you could tell they really were happy.”

According to Wolfe, the eager kids also helped with the wedding photography. “Their kids took pictures during the wedding, and then I set up Ben’s phone there in the chapel and they videoed the ceremony,” Wolfe says. “There was no professional photographer.”

“They had their own words and they were beautiful words to each other.” Wolfe adds, “It was an emotional moment they shared with one another. You can definitely see the love that they have for each other.”

By the time the ceremony was over, Wolfe says, it was close to or after midnight.

According to both Lopez and Wolfe, the couple was “thrilled” with the wedding ceremony and how it turned out.

In a statement published on JLo Newsletter, the star wrote, “When love is real, the only thing that matters in marriage is one another and the promise we make to love, care, understand, be patient, loving and good to one another. We had that. And so much more. Best night of our lives.”