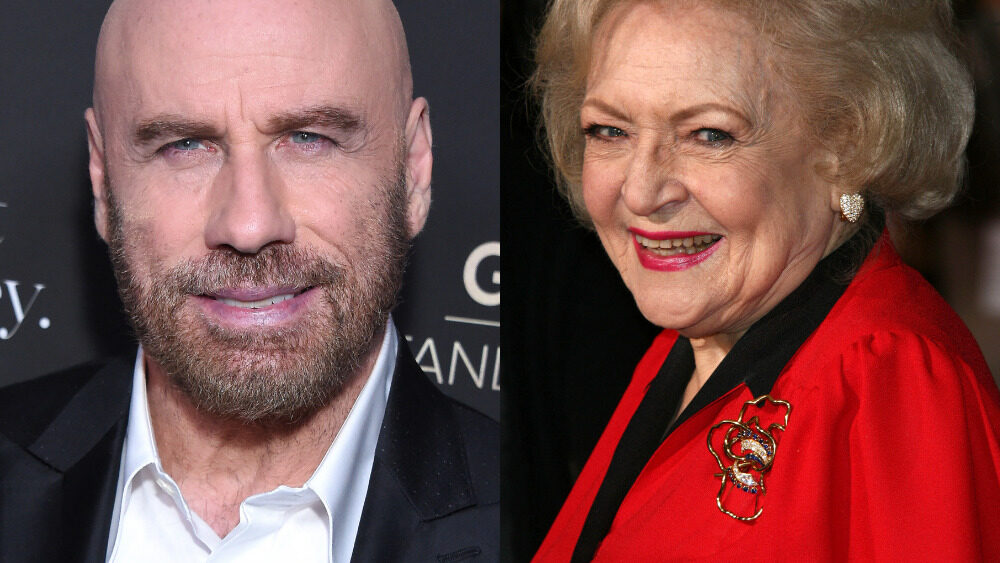 Mac & Cheese, the rescue puppy who was featured in the 2022 Academy Awards as a tribute to Betty White, now has a new home with John Travolta and family.

Jamie Lee Curtis, 63, brought Mac & Cheese on stage as tribute to Betty White and her dedication to animal rights efforts and charities during the In Memoriam segment of the Oscars.

“Day in and day out for almost a century, she was a woman who cared so much for not just her two-legged friends but for animals just like this,” Curtis said about White. “So, the greatest gift you could give Betty White is to open your heart and your home and adopt a rescue dog just like Mac & Cheese from Paw Works.”

Travolta shared the news on his Instagram Monday, along with a photo of Ben holding Mac & Cheese.

Curtis also posted on Instagram, calling the adoption “a MAGICAL ending to the story from last night.”

On Sunday night, Curtis received a picture of Travolta holding the puppy in the green room during the Oscars.

“I thought it was so beautiful to see him with her and then today I found out that he and his son, Ben, have adopted beautiful little mac & cheese and are taking her home today,” Curtis wrote.

Curtis finished her post by saying, “it shines a light and AMPLIFIES the message that heroes who, like Betty, and Chad from @pawworks and Nancy from @perfect_pet_rescue and the team at @maedayrescue and the hundreds of thousands of other rescues, who love and support ANIMALS, that rescuing animals and offering them shelter from the storm of life and a warm and loving home is one of life’s most important actions we humans can take! #adoptdontshop.”

Paw Works, a nonprofit organization, also celebrated the adoption on Instagram, writing, “on a night of winners and losers, we think Mac N Cheese is the biggest winner of all!”

White passed away on December 31st, 2021. White has memorable roles in movies like The Proposal and You Again, in which she co-starred alongside Curtis.