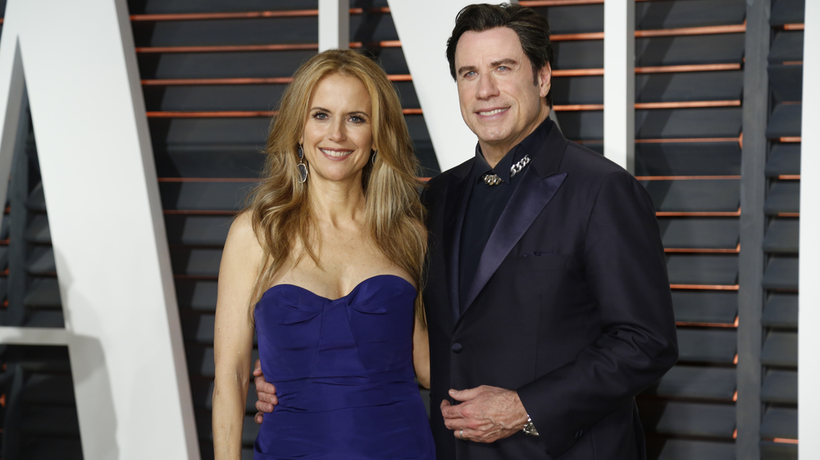 Last year, John Travolta reflected on the loss of wife Kelly Preston to Esquire Spain as the one-year anniversary of her death approached.

Preston passed away in July 2020 after battling breast cancer for two years. Travolta and Preston were married for 28 years. The actor has mourned his wife’s loss in private with his daughter Ella, 21, and son Ben, 10. Their son, Jett, died in 2009 at the age of 16.

“I learned that mourning someone, living in grief, is very personal,” Travolta tells Esquire Spain. “Grief is personal and finding your own path is what could lead to healing. It’s different than someone else’s journey.”

Travolta adds that he has learned it is better to help people going through grief by allowing them “the space to live it and not complicate their journey with your own.”

Through his experience, Travolta learned it is best to mourn on your own. If there are too many sad people surrounding you, he feels that it leaves no space for you to feel your own grief. “It becomes two ships plummeting to the bottom together,” he says. “Because, although it’s nice to have company, sometimes it turns you into someone helping the other person instead of putting in the work of overcoming the sense of loss and grief.”

“You don’t know how many people approached me…and them I felt saturated with everyone’s sadness that I didn’t know what to do,” he continues sharing about his wife’s death. He adds that the first thing one should do when experiencing loss and grief is “go to a place where you can mourn without any interference.”

Travolta tells the magazine that he has made sure to be there for his children and support them in any way he can. “First of all, I’m going to ensure the future of my children, help them with whatever they want to do with their lives. It’s what I’m doing with Ella right now, with her movies and teaching her about working in the industry,” he said. “Ben is barely 10 years old. I want to help him evolve, he has his whole life ahead of him.”

In February, he and his daughter broke the internet when they recreated his famous Grease dance for a Super Bowl commercial.

Travolta also reflected on his long-lasting Hollywood career from starring in the TV shows Emergency and Welcome Back, Kotter to Grease and Pulp Fiction. He credits the fame for being able to handle the struggles of 2020.

“When you are famous, you live in a kind of plastic bubble, cloistered like an oyster. You can’t abandon it if you want to go out on a normal day to explore life. Part me of was already familiar with this kind of life. Fame is what had made me prepare for these rare times that we live in,” he said.

As for his career, he is looking for musicals, and good dramas and comedies. “I’m just figuring out what’s next. The best thing I can do is try to get to the point in my life that allows me to be able to enjoy it, experiment with dance and music, and enjoy other people’s company,” Travolta shares. “If you can enjoy your life and at the same time enjoy being with the people around you, enjoy the dancing and music, you’ve made it.”