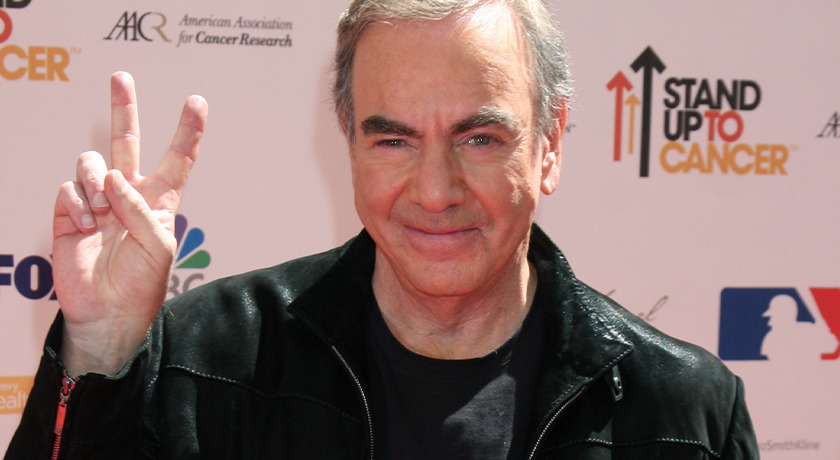 In January 2018, singer Neil Diamond announced he had been diagnosed with Parkinson’s Disease and was retiring from concert touring.

According to People, a statement that was posted on his website said Parkinson’s “made it difficult to travel and perform on a large scale basis but will allow Mr. Diamond to continue writing, recording, and the development of new projects.”

Diamond, 81, had to cancel the third leg of his 50th Anniversary tour, which was scheduled for March 2018.

In a 2021 interview with Parade, the “Sweet Caroline” singer assured his audience that, despite his health struggles, his career is far from over.

“I’m working on new songs right now,” he said. “I always have a scrap of paper or a pad around to jot down ideas. Then, when I have more time, I develop them. It’s part of my life.”

Diamond released his latest album Classic Diamonds, in 2020. It included 14 revisions of his past hits, including “Song Sung Blue” and “Holly Holy.” These songs featured arrangements by the London Symphony Orchestra.

He was happy with the album and the way his voice sounded despite his condition.

“In a strange way, I think I’m singing better than ever,” he said. “It’s probably because I’m not on the road singing full-out and tearing up my voice. So it’s in very good shape, which I didn’t expect.” He added, “I take my medication. I do my exercises and my workouts.”

He expressed how much he missed touring and hoped to be able to perform again, which came true in 2022.

Per Best Life, the Boston Red Sox have traditionally played “Sweet Caroline” at Fenway Park during the eighth inning of every home game. The last time Diamond performed the song live at the stadium was after the Boston Marathon bombing in 2013.

But, on June 18, 2022, Diamond surprised Red Sox’s fans by performing the song live at the stadium for the first time in nine years. He sang the song with actor Will Swenson, who played Diamond in the Broadway musical about his life titled A Beautiful Noise.

Diamond lives with his wife, Katie McNeil, and has four adult children from his previous marriages – Marjorie, Elyn, Jesse, and Micah.

In the Parade interview, he said his home life has helped him get through his struggles.

At the end of the interview, Diamond stated, “I know I’m lucky to reach this point. Maybe I’ll write some new songs about it. I’m just happy to be around.”