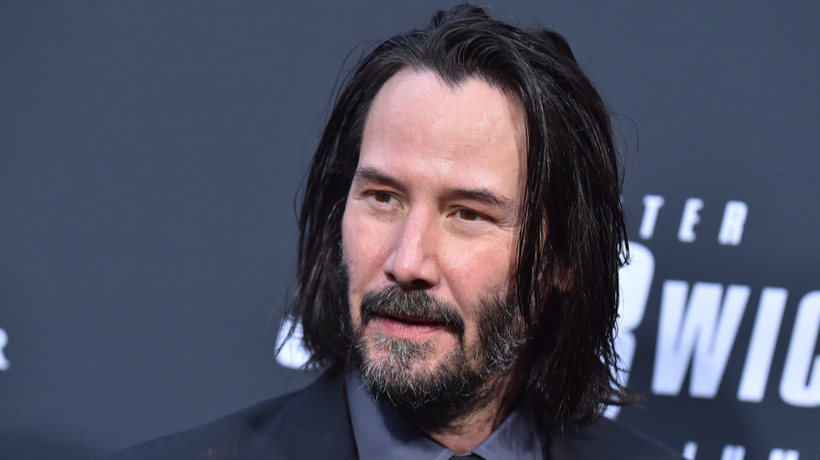 Actor Keanu Reeves is known for his humility. Where most celebrities have a reputation for thinking they are above everybody else, Reeves seems to have shown time and time again that he considers himself just like many average folks.

He once perfectly showed just how humble he is during a press conference in 2019 for his film John Wick: Chapter 3 – Parabellum. According to the Jakarta Post, when he was asked about the reports that he gave up his profits from The Matrix to help the production crew, Reeves did not hype up his charitable action. Instead, he went the opposite route.

Experienced movie and television fanatics may this but, back-end points correspond to a percentage of earnings from a movie or television show. So basically, if the movie makes a profit, the stars who have back-end points written into their contracts will get a piece.

Reeves gave away a large chunk of his back-end points for The Matrix to the special effects and costume design crews. Given the fact that a lot of The Matrix is known for its cool effects and sleek costumes, this makes sense.

According to a movie executive, “He felt that they were the ones who made the movie and that they should participate.”

So how much did Reeves end up giving away?

The second and third Matrix movies earned more than $1.2 billion at the worldwide box office. When it was all said and done, Keanu reportedly ended up giving away an estimated $75 million dollars.  Each member of these teams received $1 million dollars per person, instantly making them all millionaires. But Keanu didn’t stop at just the special effects and costume teams. He also gave the entire stunt team on the “Matrix” sequels Harley Davidson motorcycles.

“I’d rather people didn’t know that,” Reeves said. “It was a private transaction. It was something I could afford to do, a worthwhile thing to do.”

Reeves’ charitable acts are not that much of a shock to fans who have seen the way he approaches money.

One Reddit user noted, “A family friend builds movie sets, doesn’t design, is one of the poor dudes that just builds. Anyways he worked on the set for the Matrix and Keanu heard about family trouble he was having and gave him a $20,000 Christmas bonus to help him out. He also was one of the only people on the set that genuinely wanted to know people’s names, would say hello and mean it, and would talk to people as they were his peers and not below him just because they were practically making nothing to build a set. I’ve never heard anyone say Keanu is douche, seems like the nicest person in Hollywood from a second-hand experience.”

His generosity on set and willingness to do whatever it takes to make the best film goes way back. When he was cast in 1997’s “The Devil’s Advocate” Keanu took a several million dollar pay cut to make funds available to get Al Pacino’s deal done. He did the same thing for 2000’s “The Replacement” in order to get Gene Hackman on board.

According to Medium, in a 2006 interview, he revealed that he puts more emphasis on other things in life than acquiring wealth.

“Money doesn’t mean anything to me,” Reeves said. “I’ve made a lot of money, but I want to enjoy life and not stress myself building my bank account. I give lots away and live simply, mostly out of a suitcase in hotels. We all know that good health is more important.”

Writer Amy Lamar for Celebrity Net Worth put it perfectly, “Keanu Reeves is a man with a truly generous spirit. Whether he is giving millions to charity in support of a cause, funding his sister’s expensive fight against disease, spending time with those less fortunate with no agenda of his own other than to experience what that person has to offer, or ensuring that the less well-paid members of a film crew are fairly compensated—Reeves is a man who always manages to be way more interesting than any of the roles he has played.”