These Personality Traits Can Identify a Cheater Before They Cheat 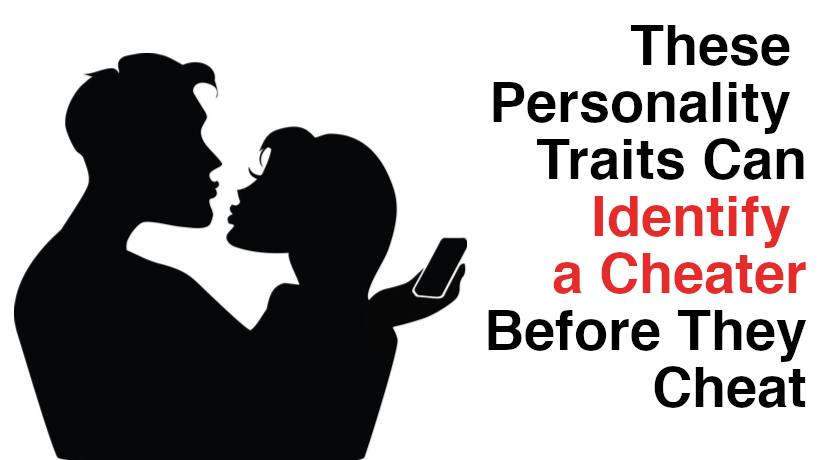 According to studies done by C.J.J van Zyl, author of a study in the journal Personality and Individual Differences, the most common reason for breakups and divorce is infidelity. In the research, there are personality traits that can signal that a person is most likely to cheat. These are a few that you should look out for.

A narcissistic person believes that they deserve special treatment and can take advantage of others to satisfy their own needs. Someone with a narcissistic trait would not be a loyal partner because they want to look good and be the center of attention. According to Susan Krauss Whitbourne Ph.D., it would make sense that they want to associate with others who enhance their social standing—highly attractive people who will fit—and make them more likely to cheat.

If the person has a lack of empathy, it is a sign that they could cheat repeatedly and feel no remorse to the person they are doing it towards. They lack the ability to think what it would feel like if the roles were reversed and they will not take your feelings into consideration.

According to Ronald E. Riggio Ph.D., grandiose is a flamboyant, assertive, and interpersonally dominant style. People with this trait are more likely to have an inflated sense of self, are overconfident in making decisions, and don’t seem to learn from their mistakes. A person can think they are so great that they can get away with cheating.

Being too impulsive can be a sign that a person can be a cheater because they will do things without thinking about the consequences first. In C.J.J van Zyl’s study, impulsivity is a trait that was shown in neuroticism. A person can be impulsive and think that cheating is the adventure and thrill they need.

According to Timothy J. Legg Ph.D., self-destructive behavior is when a person does something that is sure to cause self-harm, whether it’s emotional or physical. They can eventually ruin their relationship with self-destructive cheating behaviors.

Remember, personality traits aren’t accurate predictors all the time, but you should maintain open communication with a potential partner if these traits raise a concern to you.