Kevin Hart Lost His Dad and What He's Learned through Hardship 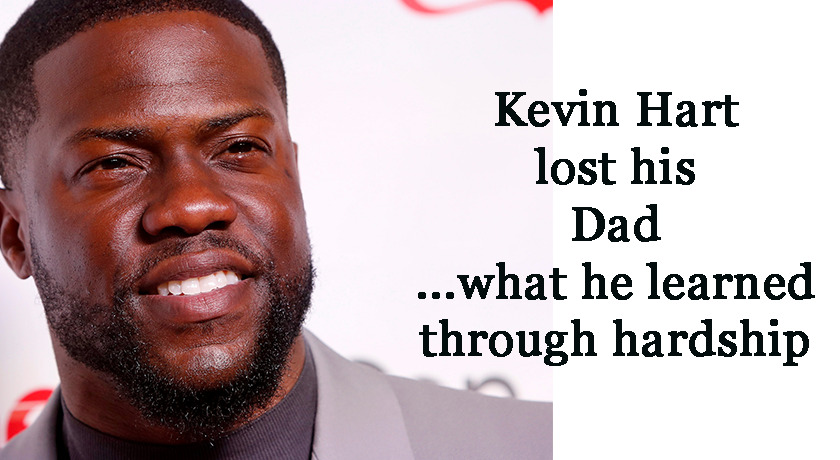 On Wednesday, October 12, Kevin Hart, 43, took to Instagram to share the loss of his father, Henry Witherspoon, who passed away at age 73, writes the Philly Voice.

Hart, who lost his mother to cancer in 2007, captioned the first of two posts, “RIP to one of the realest and rawest to ever do it…Love you dad. Gone but never forgotten… Give mom a hug for me…y’all did good man.” The post showed a variety of photos of Kevin and his father with the rest of the Hart family, Witherspoon’s children and grandchildren. The second post was simply captioned “RIP spoon…,” showing a photo of Hart with his father, according to People.

In 2017, Hart discussed his relationship with his father on “The Late Show With Stephen Colbert.” He remembers his dad being somewhat absent during his childhood, “in and out of jail” and making decisions which didn’t prioritize the family. Hart credits his father for showing him how to be “the best dad walking this earth” by learning from Witherspoon’s mistakes, says the LA Times.

“The mistakes that my dad made…because of that I now know what being present means,” Hart told Colbert, wrote the LA Times. “I was strong enough to deal with it coming up because I have a different attitude. I’m a positive guy. … And because of that my relationship with my dad is amazing now, and my dad understands how I feel and how I look at things, and now my dad is focusing on being the best grandparent.”

Henry Witherspoon struggled with drug addiction while Hart was growing up in North Philadelphia, which taught the actor valuable life lessons. “If my dad hadn’t been around and didn’t do drugs, I may be handling my success differently,” Hart said in the Philly Voice. “I may be on drugs, I may be searching for something.” He and his older brother, Robert, whom Hart considers as much of a father figure as Witherspoon, eventually convinced Witherspoon to enter rehab. Witherspoon was able to recover, and even find a romantic partner.

Hart made a point of sharing his success with his father, telling People in 2018 that he didn’t hold a grudge against his father.

“I understand that nobody’s perfect, people are flawed, people make mistakes,” Hart said at the time. “I shouldn’t hold a high level of judgment over your head about things I can’t change. You can’t go back in the past and fix this or fix that,” he added. “I can only move forward, and I can only love you today.”