Todd Chrisley is Emotional after Being Reunited with his Daughter 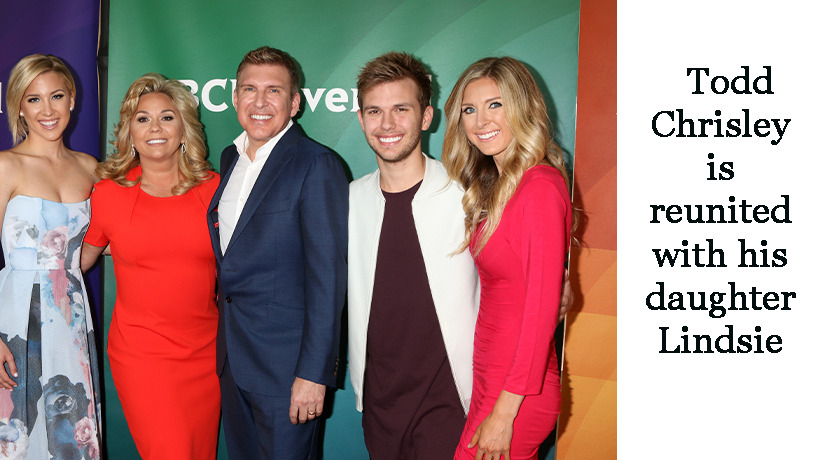 After years of feuding with his daughter Lindsie, Todd Chrisley sat down publicly with his wife Julie and daughters Lindsie, 33, and Savannah, 25, for an emotional tell-all. The conversation took place on episode 204 entitled “A Chrisley Family Reunion” of their podcast, Chrisley Confessions.

Lindsie, Todd’s eldest daughter from a previous marriage to Teresa Terry, ceased communication with her father in 2021, according to an article by E! News, but the father and daughter reunited over the summer of 2022.

The estrangement between the two family members was “needed” according to Todd, for the two to understand each other’s position better. In the episode which debuted Thursday, Todd says “…there’s no way I’d be where I am today if I had not — really, if [Lindsie] had not forced the estrangement by leaving Chrisley Knows Best and cutting off communication,” reported People.

Todd acknowledged that his statement might come across as harsh or strange, but he explained that being unable to speak with his daughter every day is what made him appreciate the relationship more, which Lindsie agreed with. “I think there are certain lessons you have to learn on your own that other people can’t teach you from their failures,” Linsdsie said in “A Chrisley Family Reunion,” quotes E! News.

Lindsie left the Chrisley Knows Best series in 2017, and though she had previously stated that a reconciliation between herself and the family would never happen, she did publicly support her family after a federal judge found Todd and Julie guilty of tax and bank fraud, says People.

In June 2022, Lindsie discussed her family on her podcast Coffee Convos. “I will also go on record today and say that I love my parents, I love my siblings, I love my grandmother,” she said. “And what is the future of our relationships at this point, I’m currently not going to discuss any more than that, other than the fact that I love them and I stand with them. And I will continue to stand with them through the good, the bad and the ugly.” According to People, Lindsie had previously been accused by her father, Todd, of getting the family charged with tax evasion. The recent conviction of her parents, who are still awaiting sentencing, led her to discuss the possibility of public reconciliation.

“I think it’s fair to say that there is public interest in what’s going on behind the scenes,” Lindsie said in Country Living. “Reconciliation, if that’s ever a possibility. Possible returns to Chrisley Knows Best, working on projects together. All of those things. It would be naive to say that that’s not of interest because we publicly live our lives.”