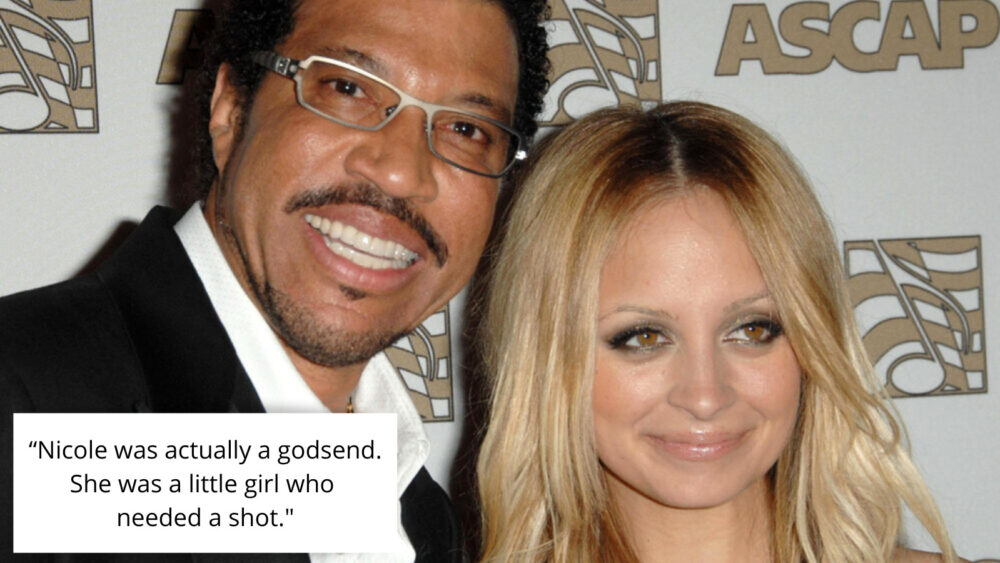 “Nicole was actually a godsend. She was a little girl who needed a shot,” Richie said in an interview with PEOPLE. “She was used to people coming and going. She looked at me and I’d say, ‘I’m not going anywhere.’”

Richie adopted Nicole when she was just 9 years old with his now ex wife, Brenda Harvey. The couple split in 1993 when Harvey caught Richie in bed with Diane Alexander, a famous dancer and fashion designer.

Richie and Alexander ended up getting married shortly after, but split in 2004 after having two children together.

Richie says that throughout all this, his first daughter, Nicole, has kept him “grounded.”

“Brenda and I went through a very interesting time,” Richie told PEOPLE. “We didn’t agree on a lot of things, but we did agree on [Nicole].”

Richie and Nicole first met at a Prince concert, after he spotted the little girl on stage playing the tambourine.

After meeting Nicole backstage, Richie realized that he knew her biological parents.

Born as Nicole Camille Escovedo, Nicole was the biological daughter of musician Peter Escovedo and assistant Karen Moss, who both were friends of Richie’s.

Richie learned that Nicole’s biological parents were experiencing financial hardship and that their “family situation was falling apart.” Deciding to help, he and Harvey adopted Nicole.

“I think you…changed my life a great deal in terms of softening my heart, because everything up to that point was about songwriting and the business and touring,” Richie said to Nicole in a 2020 interview. “All of a sudden I found something that I could actually fall in love with that was never going to leave me. How about that?” He continues.

Richie is now a grandpa thanks to Nicole and husband Joel Madden, who are parents to daughter Harlow, 14, and son Sparrow, 12.

Richie told PEOPLE that while parenting Nicole “wasn’t always easy,” her becoming a mom has “brought it all full circle.”

“I’ll say something and she goes, ‘Dad, we don’t use those kinds of words around the kids.’ And I go, ‘Excuse me?’” he says with a laugh. “She turned into a fantastic young lady.”