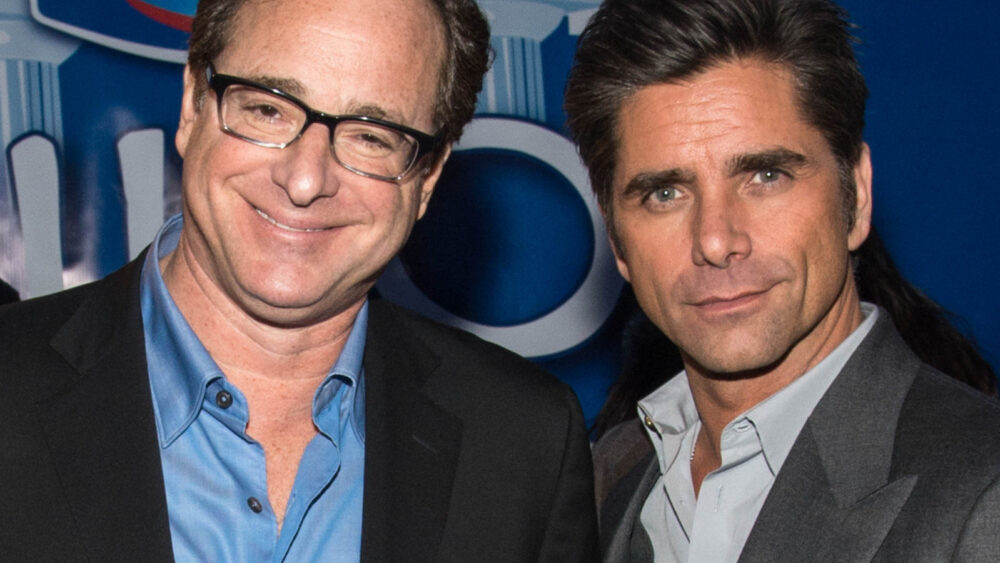 John Stamos is paying tribute to His late friend, Bob Saget, five months after his death with a throwback photo of the two with Full House co-star Ashley Olsen, according to a story on E! News.

On June 16th, Stamos shared a “never before seen” picture on Instagram of himself with Saget and Olsen hanging out together by a beautiful blue ocean.

In the caption  Stamos wrote: “tbt. I love this picture so much. “A moment in time. A surge of happiness. Unfiltered joy. Pure and real. We were blooming! I rented a beach house in the summer of 2004. Needed some cheering up, and boy did my friends come through. What a lucky man I am! @bobsaget #AshleyO.”

Saget played patriarch Danny Tanner on Full House, which aired for eight seasons and ended in 1995. Sweetin played his middle daughter Stephanie, and Ashley and her twin sister Mary-Kate played his youngest daughter Michelle. Stamos played their Uncle Jesse. He, Saget, and Sweetin reprised their roles in Netflix’s Fuller House, which ran for five seasons and finished in 2020.

Saget died suddenly and unexpectedly at 65 years old after hitting his head in a Florida hotel room.

In response to Saget’s death, Stamos wrote on Twitter: “I am broken. I am gutted. I am in complete and utter shock,” Stamos added, “will never ever have another friend like him. I love you so much Bobby.”

“The funniest thing about Bob was that he had the insecurity of the best artist,” Stamos said in his speech honoring Saget at the 2022 Critics Choice Real TV awards. “Everyone around him knew how funny he was, how side-splitting he was, just so brilliant and he was also unparalleled in his generosity.”

Stamos added, “Personally, his legacy lives in my life. The guy taught me how to love deeply, fully allowing me to find such joy and such gratitude in my marriage and my fatherhood. Tonight’s Critic Choice Real TV Impact honor only affirms what we all know about Bob Saget’s grace and his goodness.”