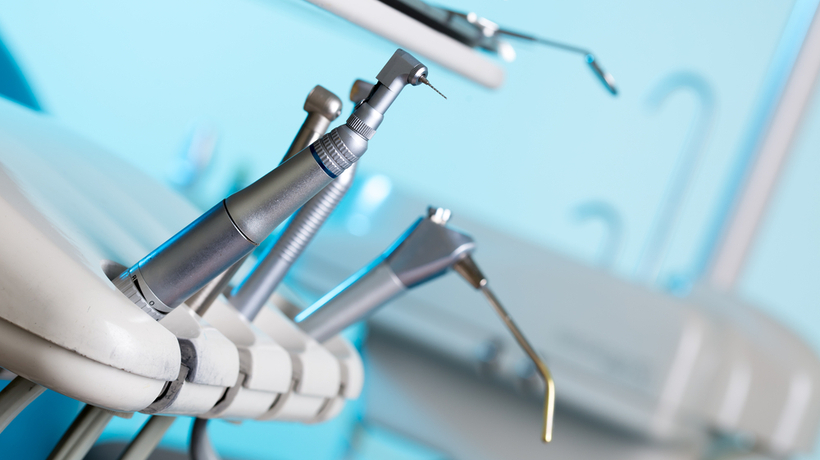 An Illinois man found himself being rushed to the hospital after a routine dental procedure went wrong.

Tom Jozsi, 60, was at the dentist to get his tooth filled. During the procedure, he took a deep breath, causing him to accidentally inhale an inch-long drill bit.

“I was at the dentist getting a tooth filled, and then next thing I know I was told I swallowed this tool,” he told WISN 12 News. “I didn’t really even feel it going down. All I felt was a cough.”

“When they did the CT scan they realized, you didn’t swallow it. You inhaled it,” Jozsi recalled.

Pulmonary expert Dr. Abdul Alraiyes, who treated Jozsi at the Aurora Medical Center, told WISN 12 News that the drill bit went so deep that he couldn’t use the normal scopes to reach it.

“When I saw the cat scan, and where that object is sitting, it was really far down on the right lower lobe of the lung,” Alraiyes said.

Doctors said that it looked like Jozsi would need to go through intensive surgery.

“What happens if he can’t get it out? And the answer really was, part of my lung was going to have to get removed,” Jozsi said.

However, Alraiyes and his team decided to try and get the drill bit out with a catheter, which is usually used for “early detection of cancer, especially lung cancer,” Alraiyes said.

Alraiyes and his team were successfully able to enter Jozsi’s lung and remove the drill bit, “thanks to the size of the catheter,” Alraiyes said.

Luckily, no damage was caused to Jozsi’s lung.

“I was never so happy as when I opened my eyes, and I saw him with a smile under that mask shaking a little plastic container with the tool in it,” Jozsi said.

Jozsi reports that he proudly displayed the drill bit on a shelf at home.