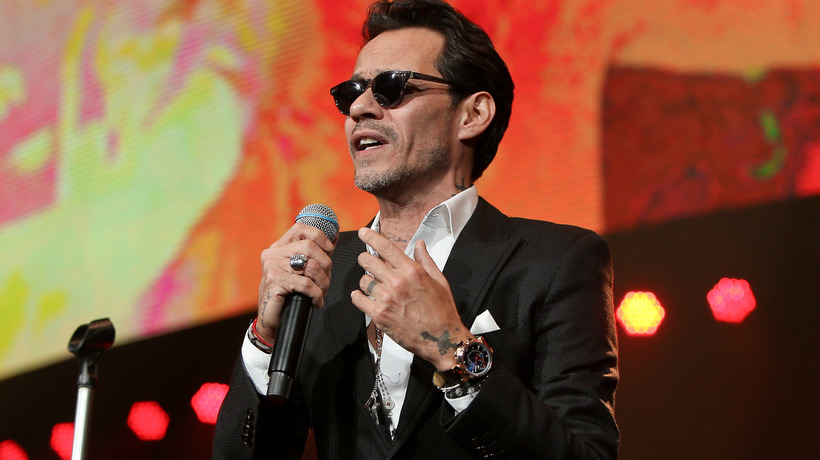 Just three months after they announced their romance on Instagram, Marc Anthony and model Nadia Ferreira are engaged!

Per PEOPLE, Anthony, 53, and Ferreira, 23, announced the happy news on Thursday during a party at Sexy Fish restaurant in Miami, Florida.

After the engagement, Ferreira shared a stunning photo of her large diamond ring on her Instagram.

Ferreira’s Instagram posts paint a picture of the couple’s beautiful day, including a lavish boat meal complete with champagne toasts. PEOPLE reports that the couple’s engagement wasn’t the only occasion they were celebrating, as the Sexy Fish party was held as a celebration of Ferreira’s 23rd birthday on May 10th.

“They dined on a lavish dinner of sushi, oysters and caviar and appeared to be in an extremely celebratory mood, hugging and kissing throughout the night at an opulent table surrounded by friends,” a source told PEOPLE.

“But the surprise came at the end of the dinner, when Nadia, wearing a skin-tight white dress, posted a picture on her IG showcasing a stunning diamond engagement ring with the caption ‘Engagement Partyyy’ with a ring emoji.”

Before his relationship with Ferreira, Anthony had been married three times. He tied the knot with former Miss Universe Dayanara Torres, with whom he shares two sons, before splitting in 2004. That same year, Anthony began dating Jennifer Lopez. He and Lopez married in July 2004, and welcomed twins Max and Emme in 2008. They announced their split in 2014 and the divorce was finalized in 2018. To this day, the former couple remain cordial co-parents.

In November 2014, Anthony married model Shannon De Lima, from whom he separated two years later; the pair announced their divorce in December 2016 and finalized the split in February 2017. Most recently, before beginning his relationship with Ferreira, Anthony was linked to Madu Nicola, with whom he shared a kiss on the 2021 Billboard Latin Music Awards red carpet.