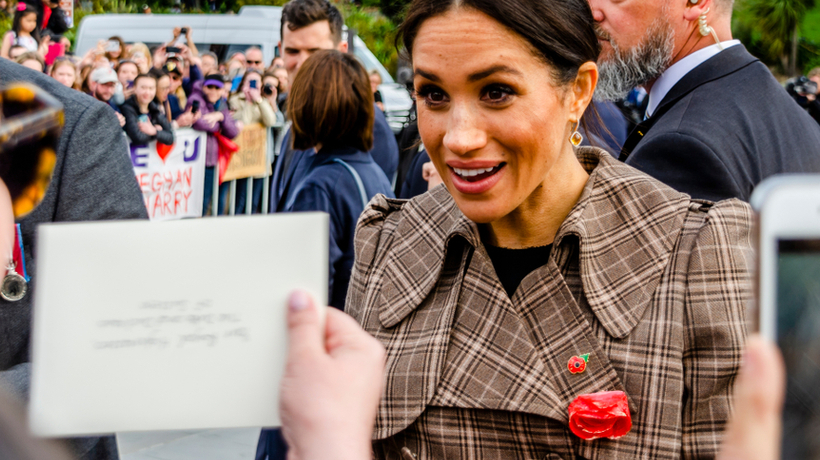 Naming a child is a tough and important decision for every parent, even for those in the Royal Family!

Meghan Markle is now opening up about how she and Prince Harry’s son, Archie, almost had a different first name.

During the couple’s recent trip to the Netherlands to watch the Invictus Games, Markle spoke to a member of the public about the difficult choice she and her husband faced when choosing a name for their son, who the world knows as Archie Harrison.

Markle spoke to a woman named Mandy, the wife of Sherry McBain (an RAF nursing officer who competed in the Invictus Games,) revealing that they were stuck between two names and almost gave Archie his middle name, Harrison, as his first name.

Sherry recounted the story to the Daily Mail. It started when Sherry pointed out that she and Mandy have a child named Harrison, and Markel pointed out the similarities.

“[Meghan] was like ‘Harrison, that’s Archie’s middle name’ and Mandy was like ‘Yeah, I know!’ They were just having a chat because Harry and Meghan couldn’t decide between Archie and Harrison for the first name.”

The Duchess and Duke welcomed Archie in May 2019, a year after their royal wedding. The name choice was a bit surprising, as popular British baby names include more traditional monikers such as Arthur, James, Philip and Albert.

Archie is the shortened version of Archibald, meaning bold or brave, while Archie’s middle name, Harrison, means “son of Henry” or “son of Harry.”

The couple also chose a meaningful name for their daughter Lilibet Diana, born in June 2021. Lilibet comes from a family nickname for Queen Elizabeth. Her middle name is after Harry’s mother, Princess Diana. The couple often calls their daughter “Lili.”

While in Europe, the couple is believed to have stopped by to visit the Queen for a quick catch-up.

It was also reported that the couple met up with the Duke’s father, Prince Charles, when they visited Windsor Castle, the Queen’s main residence.