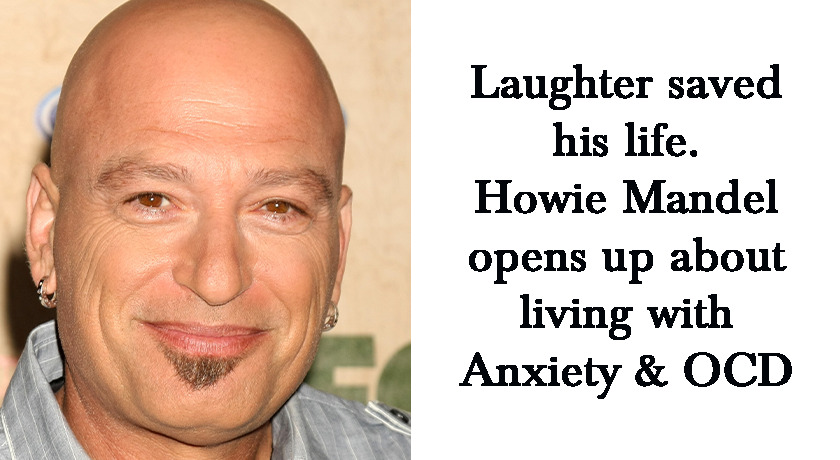 Howie Mandel is a television personality, producer, actor, and comedian. He is well-known for hosting the game show Deal or No Deal, as well as being a judge on America’s Got Talent.

Mandel, 66, grew up in Toronto, Ontario, Canada. He was described as the class clown while he was in school and always had a knack for making people laugh. After earning his high school diploma, he worked as a door-to-door carpet salesman and eventually opened two carpet stores.

During a trip to Los Angeles, California, in 1979, Mandel performed an impromptu comedy set at the Comedy Store’s amateur night. A television producer who was in the audience liked Mandel’s set and asked him to appear on the game show Make Me Laugh.

After that, he began receiving more acting and comedy roles. He was the opening act for singer Diana Ross during her show in Las Vegas and landed his breakout role in the show St. Elsewhere in 1982.

Per PEOPLE, Mandel married his wife Terry in 1980. They share three children – Jackelyn, Alex, and Riley. Mandel has a close relationship with his children and isn’t shy about expressing his gratitude for them and everything he has in life.

“I had a very stable and idyllic upbringing. I lost my father when he was 63, but my mother is still alive, and I talk to her every day,” he expressed. “I’m close to my brother, and I talk to him every day too. I’ve been married for 27 years, and I have three great children.”

Mandel also doesn’t shy away from discussing his mental health struggles. According to Fox News, the comedian participated in a program run by the NOCD and the National Alliance on Mental Illness in 2022.

Mandel was a speaker on a panel that discussed the stigma around mental health issues like OCD and encouraged having an open dialogue. He has been transparent about his own OCD diagnosis and has been a mental health advocate for several years.

“I believe that stigma still lives very strongly today, which is why I’ve partnered with NOCD — to allow everyone access to help and removing the stigma involved in mental health,” he said.

“I’m proud to be a public face, one of many, who today focus on mental health and hopefully encourage everyone [to know] they are not alone,” he continued. “Please do visit NOCD and know many treatments available today are covered by insurance.”

Mandel also opened up to PEOPLE about his battle with anxiety and OCD.

“I’m living in a nightmare,” he said. “I try to anchor myself. I have a beautiful family and I love what I do. But at the same time, I can fall into a dark depression I can’t get out of.”

He was diagnosed when he was in his 40s but didn’t share his struggles with the world until 2006.

He explained that he copes with his mental health through comedy.

“Comedy saved me in a way,” he expressed. “I’m most comfortable onstage. And when I don’t have anything to do, I turn inward — and that’s not good.”

“My life’s mission is to remove the stigma. I’m broken. But this is my reality. I know there’s going to be darkness again — and I cherish every moment of light,” he concluded.