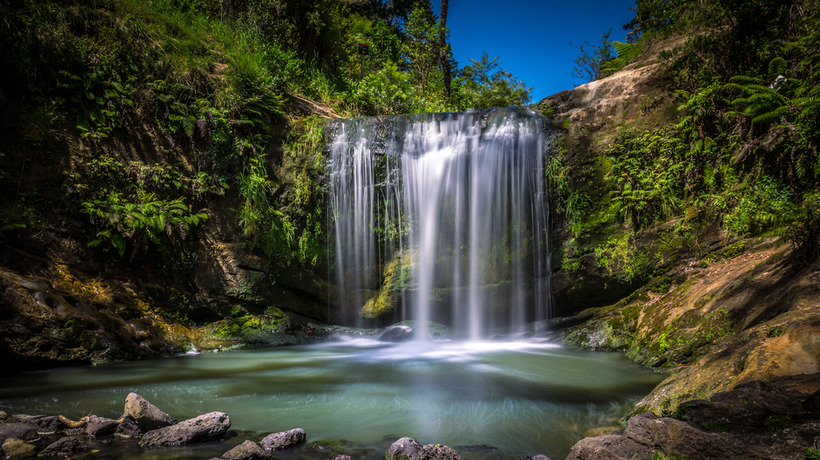 A mother and her 2-year-old daughter survived a 100-foot fall while hiking in northwestern Oregon on Sunday. Both people are expected to be okay, according to the Multnomah County Sheriff’s Office (MSCO).

Authorities told local reporters that at around noon, they were called to the Multnomah Falls after getting reports that two hikers had fallen near the trail. According to KGW-TV, the toddler had begun to slip off the trail. When her mother reached to help her, the two fell, tumbling into the creek below.

“We heard some yelling, a woman at the top of her lungs, ‘Help me, help me!'” a witness told local reporters.

Immediately, bystanders, including an off-duty ER doctor, hurried to help the pair.

“We started gathering what we could from the gift shop, blankets and coats,” another eyewitness told reporters. “Then by the time I was able to bring them out here a lot of great people, Good Samaritans were already surrounding the little one with blankets and coats.”

The mother and toddler were taken to the hospital, but neither of their injuries are considered life-threatening.

“It was initially reported to 911 the height of the fall was approximately 50 feet. After confirming where the two hikers fell, responders believe the fall was closer to 100-150 feet,” MSCO spokesperson Chris Liedl explained to NBC News.

Following the incident, MCSO released a statement thanking bystanders for their help while waiting for authorities’ assistance.

The sheriff’s office also warned visitors of the park to be cautious of the area as the temperature drops this winter.