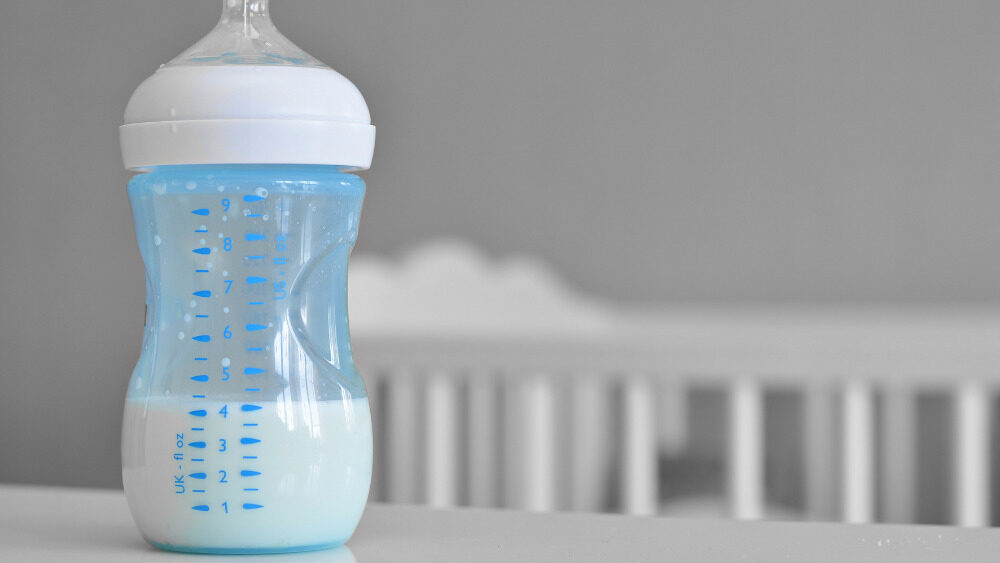 According to HealthyChildren.org, there have been significant shortages of infant formulas in stores since the COVID pandemic hit. Now, in the midst of supply chain issues and the recent recall of several baby formula products over concerns about contamination, the situation has turned even more dire, with mothers desperately attempting to obtain formula needed to keep their children alive.

Alexa Beichler of Leesburg, Virginia is now a mother in crisis. Raising two young sons who were both born with a metabolic condition called classic phenylketonuria (PKU), Beichler has long relied on scheduled monthly deliveries of medical-grade formula.

Her sons’ lifelong diagnosis means that their bodies are unable to process an amino acid found in protein. As a result, the boys require a specialized diet that limits them to two grams of protein a day.

Beichler first realized that she had a problem on the morning of May 10th. As she counted out the cases of specialized formula for her younger son Jax, the frantic mother realized her middle son Taylor’s supply was missing.

“Sheer panic set in. I was like, ‘Why am I missing two more huge boxes of Taylor’s formula?’ ” Beichler told PEOPLE in an exclusive interview.

To further complicate the problem, Beichler is unable to even turn to hope that local grocery stores might have formula available, as the prescription-based formula she uses can only be supplied through the manufacturer.

“I called them and they’re like, ‘Oh sorry, that’s on backorder.’ I was like, ‘What? Was anyone going to tell me? What am I supposed to do?’ ” she told PEOPLE. “I hung up the phone and immediately sent an email to our doctors, but no one had any answers. They still don’t have any answers. We have about a two-week supply left.”

Her sons —  who she described to PEOPLE as “affectionate and outgoing” Jax, 6 months, who is “always smiling,” and “sweet and independent” Taylor, 20 months — receive almost 90 percent of their daily nutrition from the medical formula.

The day that the formula runs out, Beichler says, will be devastating.

“Our days are numbered. We have two weeks before we’re out of formula. I’m trying not to freak out. I’m trying not to think about it,” she told PEOPLE. “I’m trying to get through each day as fast as I can and do what I need to do. The worst part is not knowing what’s next.”

Beichler described to PEOPLE how without the medical-grade formula, the protein in her sons’ blood will back up, ‘acting as a neurotoxin in their brain.’

“In a matter of days, they can go from being just fine to having permanent life-long brain damage,” she told the outlet. “Their quality of life will go to zero as they lose their fine and gross motor skills. If it affects their brain, that will be forever and that, that, is terrifying.”

Nutricia responded to the shortage in a statement to PEOPLE, which read as follows:

Both our Happy Family and Nutricia teams are doing everything possible to increase the availability of these critical products. We understand how important it is for families to access these formulas, which is why our absolute priority has been to increase production and supply to serve all the babies we can since the shortages arose in February.

As the shortages persist, we are in discussions with the US government authorities to see how we can support them in addressing this critical need.”

Beichler explained to PEOPLE the toll that the worry has taken on her and her husband — public school Ian —  as they desperately cling to hope that the backorders will be able to be fulfilled before it’s too late.

“When my husband gets home, I go upstairs and collect myself so I can get through the rest of the night,” Beichler said, holding back tears. “We’re literally living day-to-day right now. We’re out of time.”