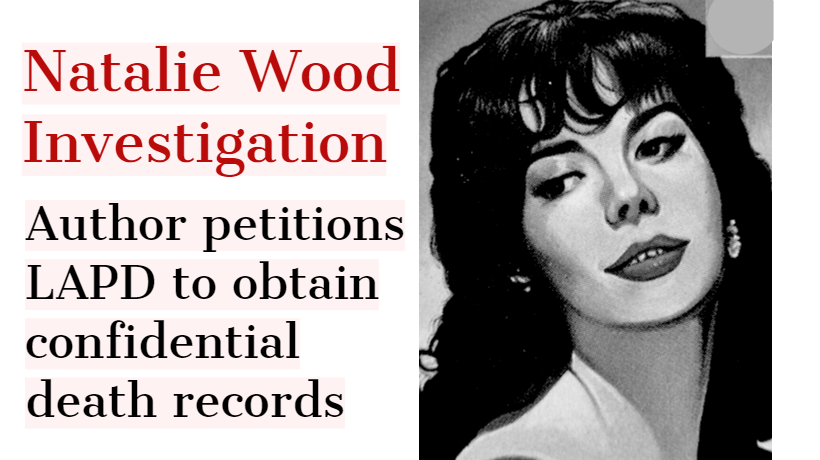 Natalie Wood was once one of Hollywood’s biggest stars. Thirty years later, the award-winning actress is still in the spotlight, as investigators continue to attempt to answer unresolved questions regarding her mysterious death.

This past January, author Samuel A. Perroni, a retired federal prosecutor and Arkansas trial lawyer, filed a petition to open an inquiry into the 1981 drowning case of Natalie Wood, as part of his upcoming book project that claims that there was a cover-up of the circumstances related to her death. He alleged that the police department refused to share confidential death records, and resorted to filing the petition against the Los Angeles County Sheriff’s Department (L.A.S.D.) and Sheriff Alex Villanueva in L.A. superior court.

Perroni’s petition requests access to copies of the L.A.S.D’s computer program records, including files on Wood’s death. It also calls for documents obtained by author Suzanne Finstad for her 2001 best-selling book Natasha: The Biography of Natalie Wood, which shed a spotlight on the actress’s death and the two-week police investigation that followed.

Wood, who drowned off the coast of Catalina Island on Nov. 29, 1981, was only 43 years old when she tragically died. Although investigators officially ruled her cause of death as “accidental drowning” at the time, nearly three decades since her death many people continue to question this cause of death. Finstad, like many others, has asserted that she believes Richard Wagner, Wood’s husband at the time, played a main role in the fall that killed Natalie Wood.

During a 2018 press conference, Capt. Christopher Bergner stated that the case continues to be a “suspicious circumstances death.” The LASD also stated that Wagner’s story ” add up to what we’ve found” and that the high-profile actor remains a person of interest.

“As the investigation progressed, we’ve re-created the timeline, and [Wagner] was the last person on the boat with her,” Lt. John Corina said.” “We’re closer to understanding what happened.”