How To Get Over a Toxic Ex, Experts Weigh In 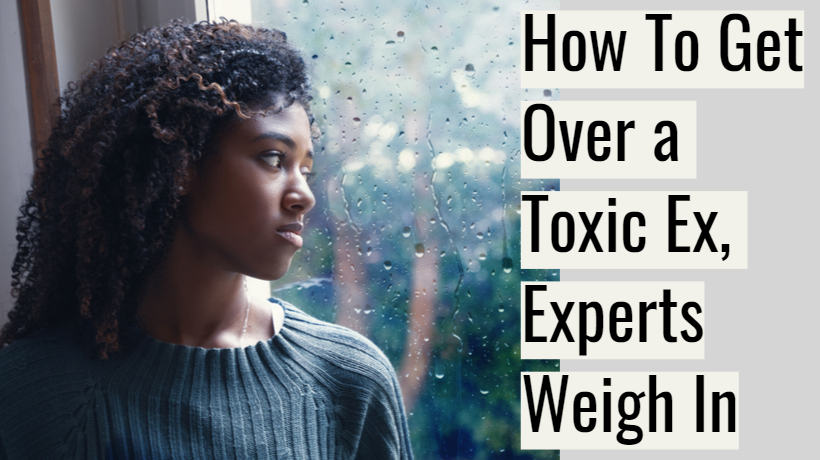 Break-ups are one of the most painful heartbreaks to endure. Finding ways to move on and thrive can feel impossible and almost foreign in the beginning, and worst of all, forgetting this person can feel almost like trying to get rid of a bad habit–difficult. Even in the digital age of romance, moving on can still be hard to do. Here are 4 healthy ways to move on from an ex, according to research.

Give yourself a lot of space.

According to lead study author Brian Boutwell, “we have a mechanism in our brains designed by natural selection to pull us through a very tumultuous time in our lives … it suggests people will recover; the pain will go away with time”. Boutwell is one of many to support the notion that we need time from an ex in order to fully heal and recover. Normally, we could take this time to physically be on our own and heal within our own space. Now, with the digital age of romance, social media can make that space even more difficult than it would be without technology. Consider temporarily blocking your ex on social media to filter out mentions of them, as the American Psychological Association explains that the more space you get, the more you heal emotionally.

It may seem impossible at first to process the hurt and devastation of a breakup. One might even feel hopeless or even lost without their partner. We may form almost an addiction or need for this ex, creating an endless cycle of dependency and toxicity. Dr. Kelly McGonigal of Psychology Today views getting over an ex to be similar to getting rid of a bad habit, almost like an addiction. Because of this, Dr. McGonigal recommends exercising a great deal of self-control, as well as self-compassion to healthily begin moving on from an ex. Focusing your attention on a role model, someone who has undergone something similar, may make the transition easier, as well. This may be why research supports listening to music after a breakup, for not only the singer’s relatable lyrics, but for its ability to promote peacefulness and positive emotions.

Focus on the positives of the relationship, and reflect.

Creating a new goal or trying something new.

Dr. McGonigal’s comparison of an ex to a bad habit may help us look at the potential for new habits to grow. Creating a new goal for yourself creates almost a new habit to focus on, and to even spark a new passion. Filling that feeling of “something is missing” with a hobby like cooking, reading, writing, exercising can alleviate that lost feeling of connection, instead of creating toxic ones. This is why many people view breakups as opportunities rather than losses. According to a 2010 paper published in the Journal Personality and Social Psychology Bulletin, the longer you are in a relationship, the more your identity becomes intertwined with your partner’s, and corroborating research indicates that a split can shake up a person’s sense of self.