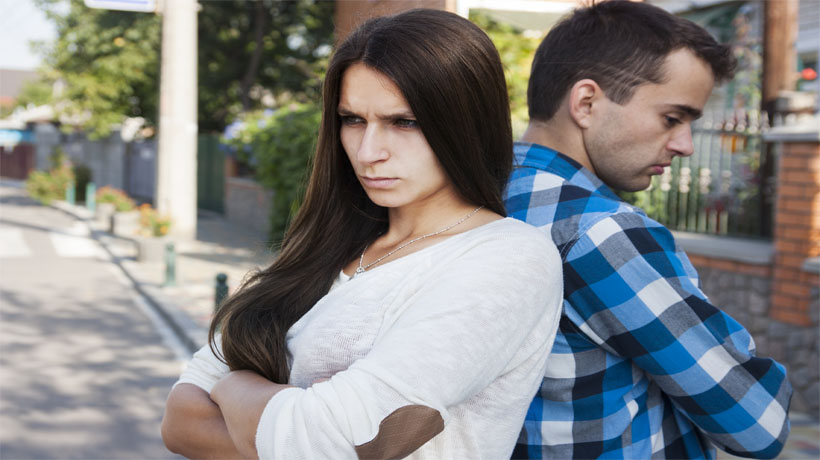 A woman often believes that no matter how romantically dysfunctional a man is, she is capable of changing him. Most of the time, this simply isn’t true because at the end of the day, we are who we are. Beware of the following signs.

Whether he ditches you or simply can’t make plans in the first place, a flake is a flake. His lack of social organization will always leave you feel defeated, as feeling neglected will cause you to place blame on yourself. If you’re asking yourself, “Where did it go wrong?”, it’s when you decided to ignore the signs of unreliability.

He expects you to make the effort

A relationship is centered around equality, and if he’s made it clear that he’s not willing to put in any work, then he’s lazy or he doesn’t care. You’ll eventually feel inadequate due to his lack of effort and the relationship will become about you trying to “better yourself” so that he’ll take the reins.

He cannot remain calm during a disagreement

If every argument feels like an earth-shattering fight, back off. If he isn’t mature enough to maintain a level-headed discussion when he’s upset, this is a sign of his true colors and in some cases, a sign of emotional abuse.

You definitely shouldn’t write off a guy you just met for not telling you all of his innermost feelings right away. But if you’ve been dating for a little while, and he still won’t crack then he probably never will. Either he doesn’t trust you or he’s hiding something from you, and either scenario is detrimental to your relationship.

He’s way too critical of you

He’s probably pointing out all of your flaws as a way of ignoring his own, and that’s not cool. If he didn’t know how to confront his issues when you two met, he’ll never learn how. This is a true sign of immaturity and you don’t have time for that.

He has a history of cheating

Ladies, this is not the time to ignore clichés because once a cheater, always a cheater. Even if he really has changed, you’ll never be able to fully trust him – and that doesn’t make for a sustainable relationship. At the end of the day, you shouldn’t be with a man who lacks respect for the women he’s with.

He’s jealous of anyone else in your life

You’re allowed to have friends and honestly, it’s better for both of you to have your own social lives. If your friends and family become a frequent cause of fighting, then get out now because this kind of behavior will only get worse.

He speaks negatively about all of his exes

This one is important because it’s all about reading between the lines. Realistically all of his exes couldn’t have been horrible, but why would he lie? The truth is, if he claims that all of his past girlfriends were “crazy” or “the worst,” then it’s probably that he was and he’s trying to cover up his mistakes.