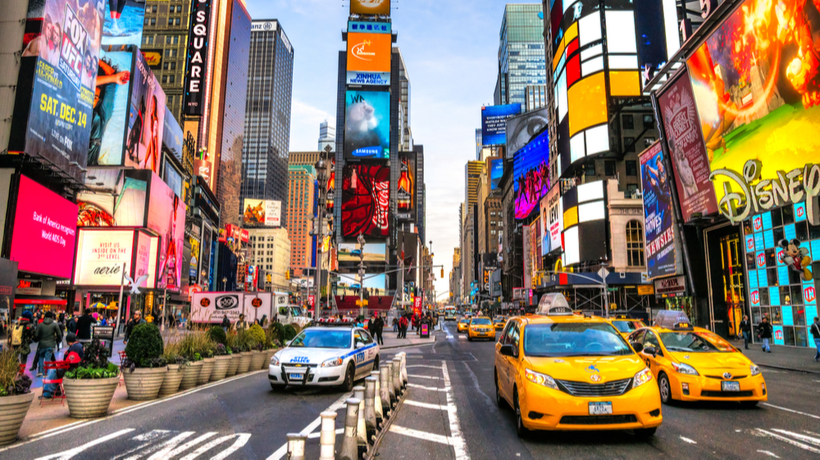 The mayor made the announcement on MSNBC, that restaurants, gyms, hair salons, arenas, some theaters, and museums should all expect to be open fully with no capacity limits starting July 1. Broadway is on track for opening by September and schools will be back at “full strength” in the fall.

“We are ready for stores to open, for businesses to open, offices, theaters, full strength,” de Blasio said. “I think people are going to flock to New York City because they want to live again.”

Mayor de Blasio added in a news conference according to The New York Times, that he wanted the subways, which currently shut down for two hours overnight for cleaning and disinfection, to be restored to 24-hour service by July as well.

It is the first time the city will be fully reopened in more than a year. The first shutdown began in March 2020 when the city became the U.S. epicenter in the early days of the pandemic. As of Wednesday, more than 6 million doses of the COVID vaccines have been administered in the city, and about 36 percent of its adult population is fully vaccinated, according to NYC Health.

Mayor de Blasio said that the city expected vaccinations to drive down new coronavirus cases over the next two months. From a second-wave peak of nearly 8,000 cases in a single day in January, New York City was averaging about 2,000 virus cases per day as of last week, according to The New York Times. Public health officials say that by July if the city stays on its current trajectory, that number could drop to below 600 cases a day or lower.

It is still not clear whether mask mandates will stay in place through the summer.

Bill Neidhardt, de Blasio’s spokesman, called the full reopening of the city a “goal that we know New York City can achieve.”

“We laid out a plan, we will back it up with skyrocketing vaccination numbers and declining cases. If someone wants to deny that, let’s have that discussion in public,” Neidhardt said. “We feel strongly we’d win that debate.”

“It’s excellent and very welcome new for New York City, but we need all the details of what fully reopen means,” said Andrew Rigie, the executive director of the New York City Hospitality Alliance. Restaurants and bars would need a timeline of what would come next and which rules would remain in place, said Rigie. He said that the industry still employs about 140,000 fewer people in New York than before the pandemic.