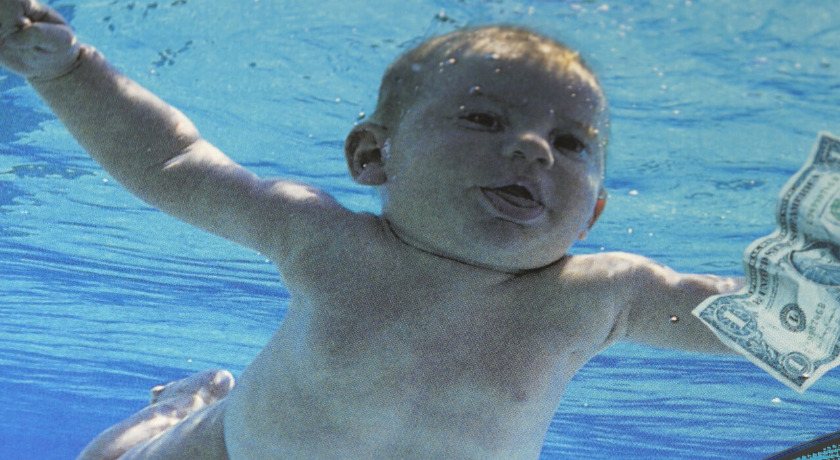 Over the weekend, Nirvana won the lawsuit over the Nevermind cover art.

U.S. District Judge Fernando Olguin dismissed the lawsuit, which alleged child pornography. The suit was filed by Spencer Elden, the man pictured on the 1991 album cover as a baby. It was dismissed on the grounds that Elden waited too long to file the lawsuit.

“In short, because it is undisputed that [Elden] did not file his complaint within 10 years after he discovered a violation… the court concludes that his claim is untimely,” Olguin wrote, according to Rolling Stone.

“Because plaintiff had an opportunity to address the deficiencies in his complaint regarding the statute of limitations, the court is persuaded that it would be futile to afford plaintiff a fourth opportunity to file an amended complaint,” the judge continued.

Nirvana’s lawyer, Bert Deixler, told PEOPLE, “We are pleased that this meritless lawsuit has been brought to a just conclusion.”

“Under this reading of the law, child pornography remedies vaporize once the victim in the contraband image turns 28 years old,” Mabie continued. “Under this logic, any child pornography producer — such as Masha Allen’s original abuser — could simply wait out the clock then re-distribute abusive material with impunity.”

She added,” Spencer’s victimization as a child remains frozen in time. His childhood self continues to be invaded and he will be repeatedly victimized as long as the Nevermind cover continues to be distributed.”

He claimed that his legal guardians did not consent to his image being used for the album cover. He asked for $150,000 in damages along with attorney fees.

Elden also claimed that Nirvana failed to protect him from being sexually exploited and claims to have suffered “lifelong damages” due to the image of his naked body being used for the famous album cover.

Meanwhile, the defendants claimed that Elden “has spent three decades profiting from his celebrity as the self-anointed ‘Nirvana Baby.”

“Elden’s claim that the photograph on the Nevermind album cover is ‘child pornography’ is, on its face, not serious,” the motion read. “A brief examination of the photograph, or Elden’s own conduct (not to mention the photograph’s presence in the homes of millions of Americans who, on Elden’s theory, are guilty of felony possession of child pornography) makes that clear.”

The defendants also argued that it was Elden himself and his father who revealed his identity as the baby and “publicly celebrated” the image.

It was also revealed in the motion that Elden has spoken publicly about the image and even recreated it on several occasions. First, in 2008 when he was 17, and again in 2016 for the album’s 25th anniversary.

The initial suit was dismissed in January before Elden’s legal team reopened it shortly after.