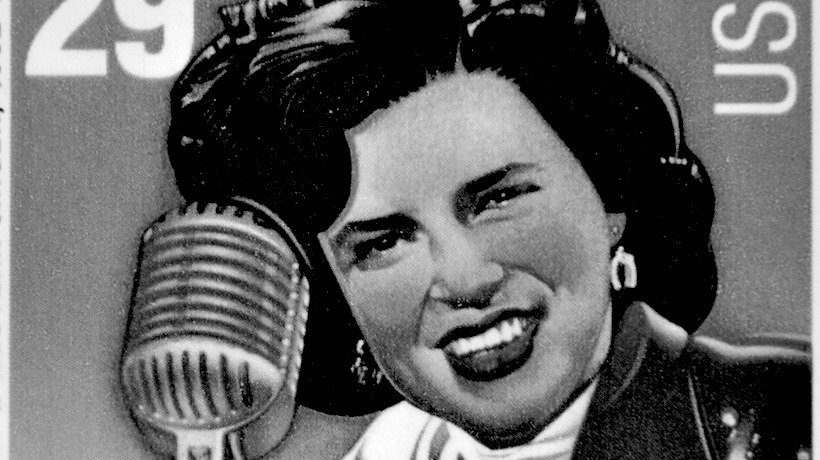 Patsy Cline is one of the most influential vocalists of the mid-twentieth century. Since her tragic death in 1963, her legacy as the most popular female country singer in recording history continues to live on decades later. Countless singers have been inspired by her music, including k.d. lang, Linda Ronstadt, and Wynonna Judd. During her brief but legendary career, she produced several hits, including “I Fall to Pieces” and the top jukebox hit of all time, “Crazy.”

However, her rise to the top wasn’t without its challenges. From early childhood up until her early death, she hurtled many hardships, both in her personal life and in her professional career.

Born Virginia Hensley, Cline grew up in the impoverished Depression-era neighborhoods of Virginia. Throughout her childhood, her family was constantly on the move from one shack to another in search of a home and a steady income; before she turned 15, her family had moved 19 times around the state. She was repeatedly molested by her father up until he abandoned the family during her later teenage years, at which point she dropped out of high school to take up a butchering job to help support herself and her family.

Although her early life wasn’t easy, it was during this time that she discovered her lifelong love for music. In the Winchester-area, where her family eventually settled after her father’s abandonment, she regularly sang in juke joints and nightclub cabarets. She also appeared in several talent shows, amateur musicals, and on her local radio station.

By the time she was 20, she had adopted the stage name “Patsy” after her middle name, Patterson, and her musical idol Patsy Montana, whose fiery country energy and cowgirl spunk were an early inspiration for her own forays into the country music scene and onstage persona.

Her two marriages were difficult, her first offering little other than financial security, and her second full of abuse and harassment.

In addition to her far-from-perfect love life, her music career had its own share of potholes. After performing “Walkin Like Midnight” on Arthur Godfrey’s Talent Scouts show on January 21, 1957, the song skyrocketed to the top of the charts, reaching No. 2 on the country charts and No. 12 on the pop charts. This success made her one of the first country artists to have a huge crossover hit. But due to poor management, she hardly saw any of the earnings and it would be nearly five years until she had her second hit, “I Fall to Pieces.”

Once she had scrapped her manager, she began moving her way into the pop music scene.

“She was starting to do songs that reminded her of her,” musician Ray Walker said in the biography Patsy. “She feared singing it because it sounded negative to her . . . (until) she started finding some of her own pain in those songs.”

After “I Fall to Pieces” brought her back into the spotlight, her next hit “Crazy,” written by country music legend Willie Nelson, cemented her star status.

Two years, Cline was tragically killed in a plane crash that also took the lives of pilot Randy Hughes and fellow Opry stars Cowboy Copas and Hawkshaw Hawkins. Her last public performance was a benefit in Kansas City on March 3, 1963.