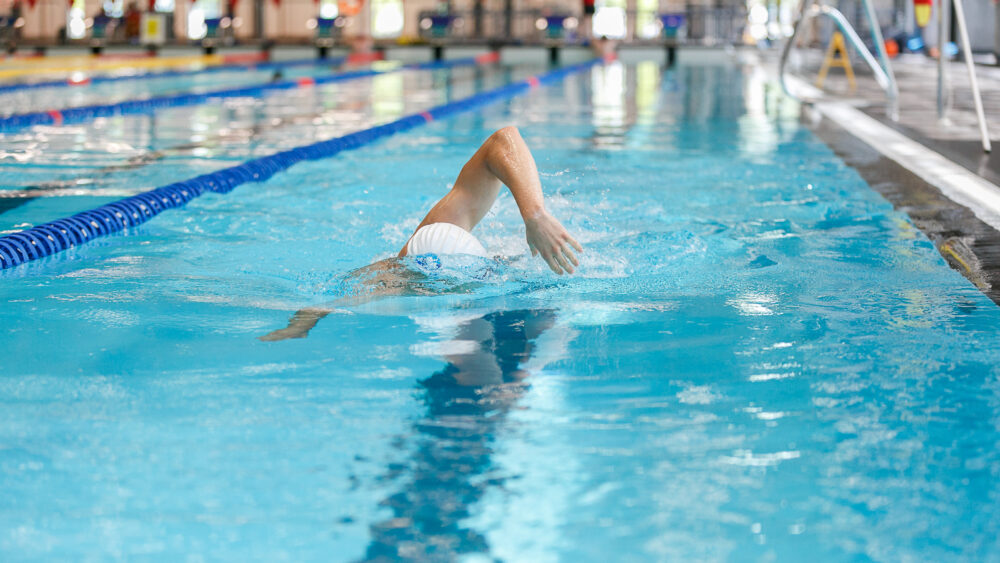 Featured image via Shutterstock and does not show Anita Alvarez. Photo for illustrative purposes only.

In a shocking moment that was caught on camera, American swimmer Anita Alvarez had to be rescued by her coach after fainting in the pool during an international swim competition, according to PEOPLE.

The incident occurred Wednesday at the FINA World Aquatic Championships in Budapest, Hungary. Alvarez, 25, had just completed her performance in the women’s solo free routine when she started to sink. Her coach, 39-year-old Andrea Fuentes —  who won four medals in her Olympic career and retired as the most decorated swimmer in national history — immediately jumped into the water to save her from drowning.

“I jumped into the water again because I saw that no one, no lifeguard, was diving in. I got a little scared because she wasn’t breathing, but now she’s fine,” Fuentes said in an interview with Marca Newspaper.

In newly-released photos from the incident, the retired Olympian is seen jumping in the pool, fully clothed, to bring Alvarez to the surface.

In an interview on Good Morning America, Fuentes highlighted the importance of breathing after finishing choreography. She explained that swimmers hold their breath for “a long time,” and when she saw Alvarez start sinking, she knew something “was happening.”

Fainting during competitions isn’t new for Alvarez—she lost consciousness in a competition last year as well.

The USA  Artistic Swimming program recently released a statement about the incident, citing that “the doctors checked all vitals and everything is normal: heart rate, oxygen, sugar levels, blood pressure, etc… all is okay.”

The program added that fainting is a common occurrence in other endurance sports such as “marathon, cycling, [and] cross country.”

She continued, “Our sport is no different than others, just in a pool, we push through limits and sometimes we find them. Anita feels good now and the doctors also say she is okay.”

Alvarez is currently resting and waiting to discuss with her doctor whether or not continuing to compete in this completion is safe. The program added that “watching yesterday’s medical emergency was heartbreaking for their community.”

“Anita has been evaluated by medical staff and will continue to be monitored. She is feeling much better and using today to rest,” they continued. “Whether or not she will swim in the free team final on Friday, June 24 will be determined by Anita and expert medical staff.”