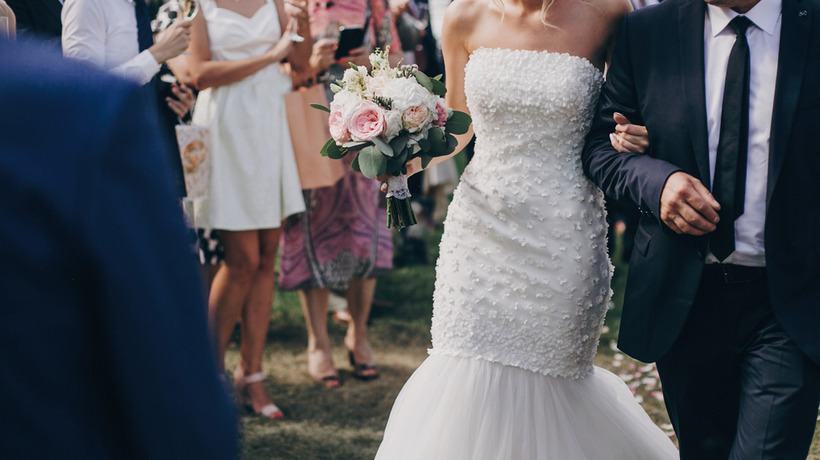 Chelsie Hill, 29, always knew that she wanted to walk down the aisle on her wedding day, she told Insider. Even though she has been paralyzed from the waist down since 2010, she felt determined to make her dreams a reality on her big day.

“I want to stress that there’s nothing wrong with sitting down in your chair,” Hill said. “But for me growing up, I always imagined myself walking down the aisle.”

Hill explained in a January Instagram post that she lost her ability to walk from a car accident during her senior year of high school.

“Next thing I know we hit the side of a curb & hit a tree head-on. I was paralyzed instantly. I don’t visually remember anything luckily, but I do remember all the different emotions I was feeling at the time,” she wrote.

Since that fateful night, Hill has become an advocate for wheelchair users and founded the Rollettes, an LA-based wheelchair dance team. On Instagram, she has amassed a following of over 167,000.

In 2014, she met her husband-to-be, Jay Bloomfield. According to Insider, they held their wedding at the Hyatt Regency Huntington Beach.

With the help of leg braces and a walker, Hill planned her big reveal with the goal of surprising her fiance Her custom wedding dress even had a removable skirt that made sitting down to put on the braces easier.

When Hill entered the wedding, she made sure that Bloomfield’s back was turned to the aisle. When he turned around, he was shocked to see his bride walking down the aisle with her father.

“As soon as I saw Jay, his jaw dropped,” Hill told Insider. “He was just in shock that I was walking because he had no idea,”

In a TikTok, their wedding photographer captured his priceless reaction.

“I just felt like that whole time our souls were locked in on each other,” Hill said. “I didn’t see anybody else around me. I just saw him.”

Later on, Hill continued to surprise Bloomfield, using the leg braces during their first dance together as husband and wife.

“That was so amazing,” Hill said afterwards, reflecting on that moment.

“I love that no matter how hectic my life can feel, Jay will always make me feel like I have time to still stop and smell the flowers,” she added.