Patrick Duffy, “Dallas” Star Finds Love Again After Grieving the Loss of His Wife to Cancer 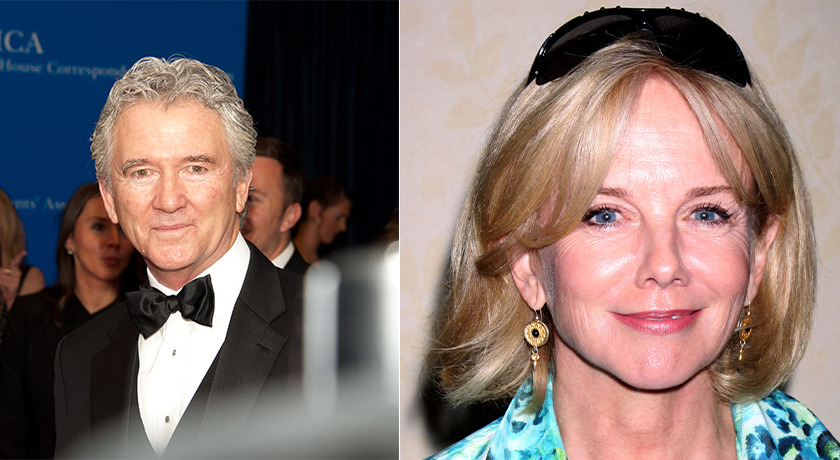 Patrick Duffy and Linda Purl reconnected over the pandemic, and their story will have you reconsidering the power of a well-baked sourdough loaf.

The two had previously been friends, and began to chat again via text over the pandemic. Now, the couple has been dating for nearly two years, and spoke recently with People about their latest achievement, launching a sourdough kit called Duffy’s Dough. The two discussed working on new projects together from the beginning, and Duffy’s Dough was an idea that had a prominent place in their relationship.

When Duffy and Purl first began to date, Duffy would make her sourdough pancakes, which gave Purl the idea of a business venture. The sourdough is a starter passed down to Duffy from his mother, and baking has always been a way for him to connect with family, especially since the couple loves to cook together.

Duffy was previously married to the ballet dancer Carlyn Rosser for more than four decades, before she died of cancer in 2017 at age 77, writes Fox News.

“It was a surprise when she passed,” said Duffy, who shared two sons with Rosser. “There was no indication. So that was the big adjustment. My boys were there as stalwarts. But I also realized that, as much as they were trying to buttress old dad up, I’m probably more adjusted to this set of circumstances than they are. You reach a certain age and you realize the road ahead is much shorter than the road behind.”

Purl was also involved in the entertainment industry, much like Rosser and Duffy, and the two knew each other for fifty years. She acted in Happy Days and later made an appearance on The Office as Pam Beesly’s mother. Duffy is known best for his role in Dallas, a soap opera about an affluent Texas family, according to Fox News. As Patrick was experiencing success, tragedy occurred. His parents were murdered, during the robbery of a bar which they owned in Montana, reported People.

The actor credits his faith in Buddhism for helping him cope with the loss of his parents, and later his wife, Caryln.

“There was something about the eternity of life that had set deep inside me,” Duffy told People. “As horrific as that was, I didn’t feel disconnected from them.”

The Dallas star chooses to live without regrets, he told Fox.“There are no mistakes in life. I can mend every fence I’ve broken and create value out of everything I’ve done if I’m given enough time,” he said. “I have done and I still am doing OK. I have worked hard to make the best of life, and it’s been good to me.”