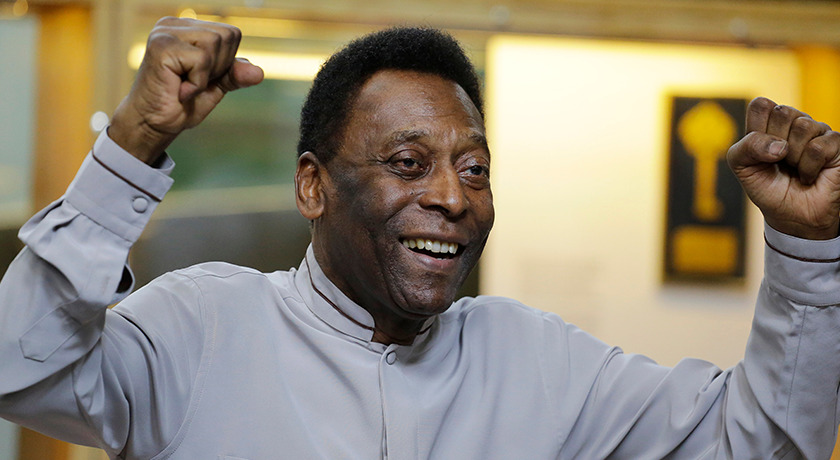 Soccer legend Pele, nicknamed “The King”, passed away yesterday at the age of 82, after battling colon cancer for over a year.

The Brazilian native had been getting treatment for colon cancer since September of last year. Last month, he was admitted to Albert Einstein Hospital in São Paulo, Brazil, for “respiratory infection and for complications related to colon cancer,” according to CNN. He had since been in the hospital until his passing, which was caused by “multiple organ failure due to the progression of colon cancer”.

His daughter Kelly Nascimento shared the news via Instagram, writing, “Everything that we are, is thanks to you. We love you infinitely. Rest in peace.”

Pele was a global soccer superstar, winning a record three World Cups with the Brazil national team in 1958, 1962, and 1970. His first World Cup championship came at the young age of 17, where he was brought to the tournament only as a reserve, but would prove to be essential to the team’s success, scoring two goals in Brazil’s 5-2 victory over Sweden.

Born Edson Arantes do Nascimento, he gained the nickname “Pele” when mispronouncing a player’s name, Bile, who played on his father’s soccer team. He was born in the city of Tres Coracoes, Brazil on October 23, 1940 and showed a great passion for football from an early age, doing anything he could to play the sport while growing up less fortunate. Per ESPN, he would stuff a sock with newspaper or rags and use it as a soccer ball.

Outside of the “beautiful game” of soccer, as he famously referred to it, Pele held titles to a number of occupations, including Brazil’s Minister for Sport and an ambassador for UNESCO and the UN. He even received an honorary knighthood by Queen Elizabeth II in 1997 for his outstanding achievements in sports.

The football star had a career that nearly lasted 20 years before retiring in 1977. He played with the Santos team of Brazil, Brazil’s national team, and the New York Cosmos at the end of his career. His last career exhibition match was between New York and Santos in which he played one half with each team in honor of his legacy with both squads.

Pele is survived by his six children and wife, Marcia Cibele Aoki. Many football stars, old and new, have spoken out about the passing of one of the greatest players to ever play the sport, including Portuguese veteran, Cristiano Ronaldo, and former English player Geoff Hurst, who played against Pele in the 1970 World Cup, saying, “without doubt the best footballer I ever played against”.

Pele’s football legacy will live on for generations as fans and players alike will forever remember and cherish the many memories he’s given to the globally treasured sport.