Savannah Chrisley Talks About Moving Forward Following Her Parents’ Prison Sentences ("It's like grieving the loss of parents, still alive") 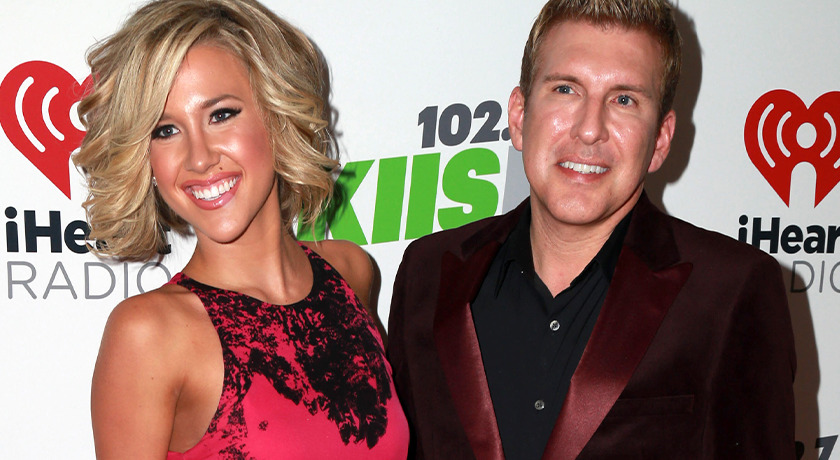 The cover photo was taken at an earlier time before the current challenges the family is facing.

Savannah Chrisley opens up on her most recent episode of her podcast Unlocked about how she’s handling her parents’ legal troubles as their prison sentences will begin in only a few weeks.

Savannah spoke with her soon-to-be sister-in-law, Emmy Medders, on the podcast and shared how she’s struggling to move forward with her own life. “In my mind, I can’t move on with my life,” she said. “Until I know that they’re going to be there, I can’t get married. I can’t have a kid.”

In the past weeks, Savannah has expressed her feelings of guilt when regarding carrying on despite her parents’ situation. She spoke on it again while venting to Medders, saying, “I feel like there’s a level of guilt associated with moving on with my life and thinking of mom and dad not being here during certain life events.”

There is some clarity for Savannah on keeping her makeup brand, Sassy, alive, though, and not letting up on focusing on its success. “I keep pushing forward because [Sassy has] always been my easy, go-to to where I don’t have to focus on anything else,” she said. “So business-wise, I’m going to push forward. I’m going to do my podcast…I’m going to do all the things.”

Emmy reminded her that she shouldn’t “stop [her] life” in the meantime.

Other family members, including her brother Chase and father Todd, have continually reassured the Unlocked host that she shouldn’t be so worried and not to dwell on things she can’t control. She spoke to her father who told her, “I may not be here in front of you, but I’m still alive. I’m still fighting. You don’t have to live a day without speaking to me.”

Savannah talks about her relationship with her dad as a person for consultation, saying, “Dad’s always been my go-to. That’s always been my steady. If I’m having a bad day, he knows. He’s just like, ‘What’s wrong? I know you’re struggling today,” as she feels “it’s like grieving the loss of parents that are still alive”.

Todd and Julie Chrisley were sentenced to a total of 19 years in prison in November for tax evasion and bank fraud, a sentence that will begin on January 17 in Florida. The couple have appealed the decision twice, but it appears their sentences will in fact follow through. The details regarding Todd’s time in prison were released.