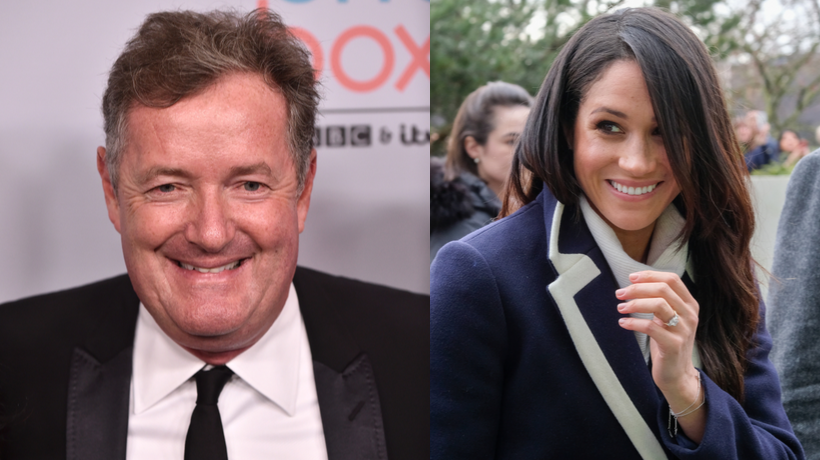 After ITV announced on Tuesday, March 9 that the TV personality would not return as co-host of the British chat series in light of his criticism of Meghan Markle, Piers took to Twitter the following day (in U.K. time) to reiterate the message. On March 7, Piers had been particularly vocal via social media in questioning the Duchess of Sussex as her interview with Oprah Winfrey aired.

“On Monday, I said I didn’t believe Meghan Markle in her Oprah interview,” he wrote in the new tweet. “I’ve had time to reflect on this opinion, and I still don’t. If you did, OK. Freedom of speech is a hill I’m happy to die on. Thanks for all the love, and hate. I’m off to spend more time with my opinions.”

Piers, 55, also included a photo of Winston Churchill and a quote attributed to the late Prime Minister that read, “Some people’s idea of free speech is that they are free to say what they like, but if anyone says anything back, that is an outrage.”

In an article published March 10, Max Foster wrote, “CNN understands the complaint is about the impact Morgan’s comments could have on others and how it could degrade the seriousness of mental health issues.” He noted the Duchess of Sussex’s complaint “did not relate to the personal nature of Morgan’s attacks.”

According to ITV, Ofcom—a communications regulator in the U.K.—launched an investigation after it received more than 41,000 complaints about Piers’ remarks.