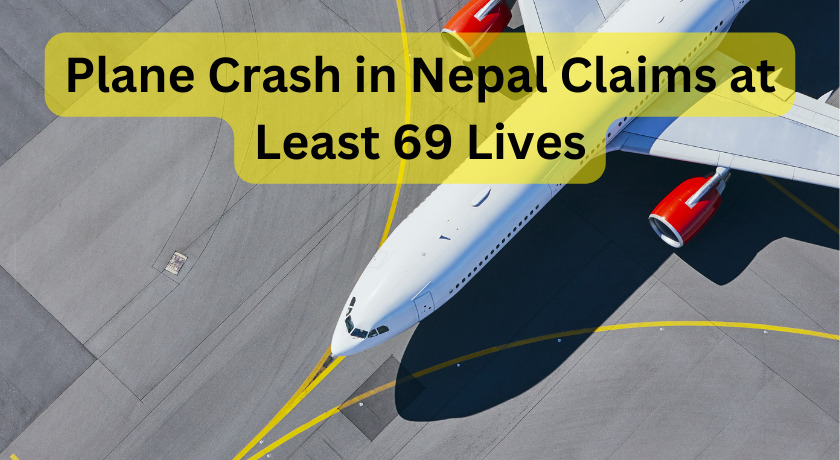 A plane flying for Yeti Airlines crashed on Sunday, near the city of Pokhara in Nepal, and resulted in at least 69 of the 72 people aboard being killed, making it the country’s deadliest crash in more than 30 years.

A search and recovery mission was initiated on Monday, per the Nepal Army spokesperson, Krishna Prasad Bhandari. It has since been paused and will resume on Tuesday morning.

The flight was a routine 27-minute trip from the Nepalese capital of Kathmandu to Pokhara, a popular tourist destination. The 72 passengers counted four pilots and 68 passengers, including six children.

Of the 69 victims found, only 41 have been officially identified. According to local police and airline officials, the remains will be returned to the families. Officials said they do not expect to find survivors among those still missing.

Two videos have surfaced that captured the aircraft’s horrific crash; one from the outside and one from within (as confirmed by NBC News).

One video was shot by a ground witness, Diwas Bohara, who was casually filming the plane’s descent for his YouTube channel. In the video, you can see the plane approach the landing strip, when suddenly it twists 90 degrees, so that the wings are pointing perpendicular to the landing strip. The plane goes out of frame and you can hear a loud crash.

“Suddenly the plane went quiet and dropped from the sky,” Bohara said, noting the crash caused his surrounding area to shake. “I thought ‘today’s my last day.’”

The other video was taken by Sonu Jaiswal, an Indian native who was traveling with his friends and recording an aerial view of Pokhara, in a video that was live-streamed to Facebook. The passengers seemed calm, until the plane shifted and you can hear screaming before an abrupt crash and flames being in view.

Both videos are available to watch online, but please note they could be disturbing and/or graphic to certain viewers.

Jeff Guzzetti, an aviation analyst on NBC News, discussed the possible causes of the crash.

“Having that abrupt roll tells me that there’s something potentially going on aerodynamically. Perhaps it was a lower than prescribed airspeed that caused one of the wings to aerodynamically stall.”

Flights in Nepal’s airspace are historically prone to accidents, being home to eight of the 14 highest mountains in the world, including Everest. It also has particularly erratic weather patterns, that wouldn’t otherwise be noted until the plane departed. Neither of these scenarios, however, seemed to have any impact on what caused this specific crash. Although, it does raise further concerns about flight regulations and safety standards, both of which have been issues in the past.

According to CNN, “The plane’s black box, which records flight data, was recovered on Monday and would be handed to the civil aviation authority.”

The cause of the crash is currently being investigated and must be reported within 45 days to the Nepali government, as per Bishnu Paudel, the deputy Prime Minister and government spokesperson of Nepal.