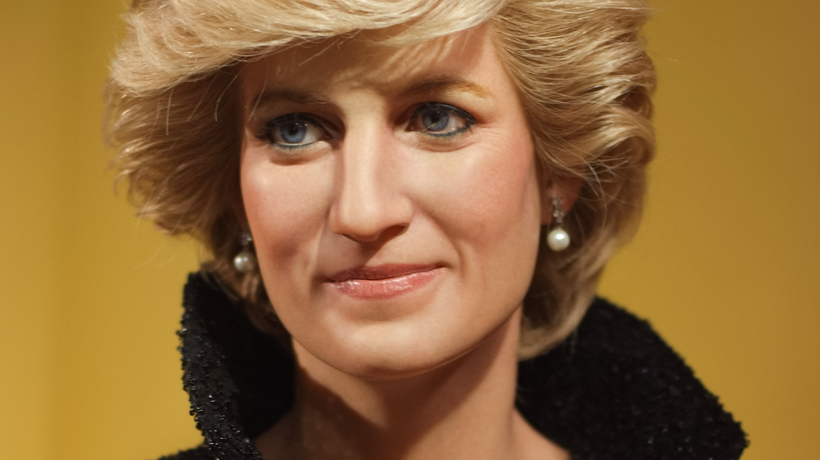 In the past two years alone, Princess Diana’s darkest moments have been dramatized on both the silver and big screens – first by Emma Corrin on TV’s The Crown in late 2020, then on film by Kristen Stewart in 2021’s Spencer, in a performance which earned Stewart an Oscar nomination. But the heartbreaking depth of Diana’s battle with bulimia is far from Hollywood fiction, a reality which the late princess wanted others to know before her death at only 36 years old.

In 1995, when BBC interviewer Martin Bashir asked Diana whether reports that she had struggled with the eating disorder were true, she was quick to open up.

“Yes, I did,” she replied. “I had bulimia for a number of years. And that’s like a secret disease. You inflict it upon yourself because your self-esteem is at a low ebb, and you don’t think you’re worthy or valuable. You fill your stomach up four or five times a day—some do it more—and it gives you a feeling of comfort. It’s like having a pair of arms around you, but it’s temporarily, temporary. Then you’re disgusted at the bloatedness of your stomach, and then you bring it all up again.”

Per a November 2020 feature in Vogue, when Bashir asked Diana if she had told anyone else in the royal family about her disorder, she admitted that she hadn’t.

“You have to know that when you have bulimia you’re very ashamed of yourself and you hate yourself—and people think you’re wasting food—so you don’t discuss it with people,” she explained. “The thing about bulimia is your weight always stays the same, whereas with anorexia you visibly shrink. So you can pretend the whole way through. There’s no proof.”

At the time, Diana’s confession sparked shock around the world. As explained by Vogue writer Elise Taylor, eating disorders were rarely talked about so openly. The fact that a global superstar had broken that societal barrier “challenged a major societal stigma.”

“For Princess Diana to speak openly about these behaviors and thoughts really shows her strength and her dedication to helping others because it is likely that most people would never have even known she was fighting an eating disorder,” Dr. Kendra Becker, clinical psychologist at Massachusetts General Hospital’s Eating Disorder Clinical and Research Program, told Vogue. “Her example not only de-stigmatizes eating disorders themselves but also sets an example for seeking help and addressing the shame around these behaviors, thoughts, and feelings that allow them to persist.”

Actress Emma Corrin, whose portrayal of Diana helped open viewers’ eyes to Diana’s life behind closed doors, explained to the publication the importance of showing the ugly truth of the disease on screen.

According to Vogue, Corrin and the show’s producers worked closely with Beat, a U.K. nonprofit dedicated to eating-disorder awareness, on the storyline.

“When it is something that so many people are experiencing,” said Corrin, “it should be properly represented.”