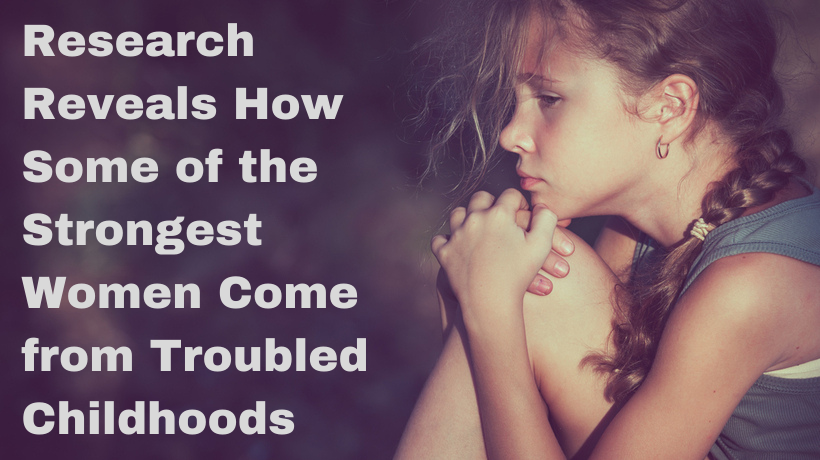 An individual’s childhood has a big impact on what type of adult they will become. Oftentimes, a person’s upbringing that is full of traumatic experiences can have long-term negative effects. However, there are many people who still find ways to overcome these adversities. Some of the strongest, most successful women can come from troubled childhoods, and scientific research explains how overcoming these challenges can be possible.

The lasting effects of childhood trauma

Child health experts often talk about adverse childhood experiences, including abuse, witnessing extreme violence, or surviving a natural disaster. Other events like bullying at school, the death of a family member, or parental divorce can also make childhood difficult. Children see the world differently than adults and can experience distress from things that might not seem so scary to adults, says Kate Eshleman, PsyD.  Factors that can contribute to the lingering effects of trauma include the age individuals first experience distress, the severity of the trauma, and the duration of the traumatic event, explains Eshleman.

Physical and emotional responses can cause lingering effects of a troubled childhood. “The body responds to emotional stress in much the same way it responds to physical stress,” says Eshleman. According to Cleveland Clinic, researchers found high levels of a protein called S100B, which usually happens after physical head injuries, in children who had experienced emotional trauma. “Sometimes, significant stress or trauma can lead to mental health disorders, such as anxiety and depression,” says Eshleman. Adults who leave these mental health problems untreated can have an increased risk for diseases, are more likely to make unhealthy choices, and have higher chances of developing unhealthy coping mechanisms, such as drinking or smoking.

At first, it can be very difficult to overcome the trauma that was experienced years ago, but it is a way to prevent further physical and emotional struggles in life. According to David Sack, M.D., it can take time for a person to slowly realize the source of their pain to begin the healing process. He explains how those who use drugs or alcohol to deal with the pain of childhood trauma may become so focused on dealing with their addiction that they never discover that source.

Damage may also be biological. In a 2012 Brown University study, childhood trauma such as abuse or the loss of a parent was found to alter the programming of genes that regulate stress, boosting the risk of developing issues such as anxiety and depression. Emotions can also be closed off which can make it difficult to build healthy relationships with others.

Healing can be different for anyone but searching for help from others like therapy can be a helpful way to deal with childhood trauma. Researchers and therapists are coming to understand that there can also be small silver linings to these negative experiences, says Sack. It can boost resilience and make a person stronger.

Oprah Winfrey is one of the most successful women today, but she had to overcome her difficult upbringing. She was just nine years old when she began suffering sexual abuse from her older cousin. She was also severely beaten and molested by other relatives and turned to substances in order to cope. But she was able to overcome it all and lead to her being a strong woman many admire.

Christina Aguilera has revealed her difficult childhood as well. She would use singing as an outlet because she felt powerless against her violent father, she told E! News. Even though her singing began because of difficult moments in childhood, it helped her find her love for singing and leading her to success.