UPDATE: Priscilla Presley "Devastated" by the Loss of Her Only Child, Lisa Marie 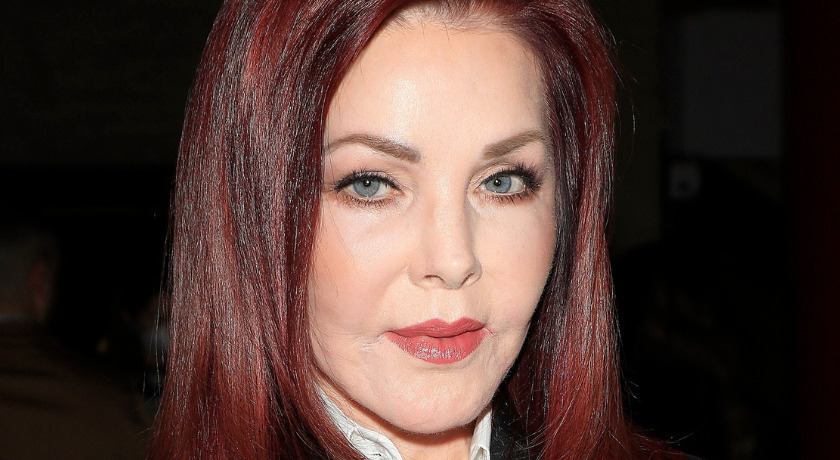 UPDATE 01/24/2023: Thousands of people have sent condolences to Priscilla Presley on Twitter, following the memorial service held at Graceland, for her daughter, Lisa Marie Presley. Of those comments, Priscilla responded, “Thank you all for your condolences, you have touched me with your words. It has been a very difficult time but just knowing your love is out there makes a difference.”

At the memorial, Priscilla read a poem written by one of her granddaughters about her late daughter. The poem, entitled “The Old Soul”, was an emotional biography of Lisa Marie’s life. The poem follows:

“In 1968, she entered our world, born tired, fragile, yet strong. She was delicate, but was filled with life. She always knew she wouldn’t be here too long. Childhood passes by, with a glimpse of her green eye, she then grew a family of her own. Then came her second child, leaving her with suspicion — could this be the angel that takes me home?

“Time, of course, flew by. It was time for a tragedy. She knew it was close to the end. Survivor’s guilt, some would say, but a broken heart was the doing of her death. Now, she is home where she always belonged, but my heart is missing her love. She knew that I loved her. I fear I would never touch her, but the old soul is always with me. She doesn’t drift above.”

Lisa Marie Presley passed away Thursday evening, after being rushed to the hospital for a possible cardiac episode at the age of 54.

The LA County Fire Department has since confirmed to People–among other news platforms–that their emergency Thursday afternoon to Calabasas was in fact for a cardiac arrest call.

Lisa’s mother, Priscilla Presley, confirmed the news of her daughter’s death in a statement Thursday night.

“It is with a heavy heart that I must share the devastating news that my beautiful daughter Lisa Marie has left us.

“She was the most passionate, strong and loving woman I have ever known. We ask for privacy as we try to deal with this profound loss. Thank you for the love and prayers. At this time there will be no further comment.”

Born in 1968, Lisa Marie was the only daughter of Elvis and Priscilla Presley. She was only 9 years old when her father passed away in 1977. By 1980, she had become the sole heir to the Graceland estate, following the death of her grandfather and great-grandmother (who had been joint heirs alongside Lisa Marie).

In addition to being in charge of the Graceland estate and running Elvis Presley Enterprises, she also oversaw the Elvis Presley Charitable Foundation.

The EPCF has various programs such as the Elvis Presley Endowed Scholarship Fund, which aids “students majoring in areas that relate to Elvis’ own career: music, film, television, theater, etc.,” according to the company’s website, as well as working with other charities like Goodwill Homes, which “provides counseling and services for abused children and their families.”

Priscilla hasn’t released any additional comments regarding the loss of her daughter. However, a number of other celebrities have since shared their condolences with the Presley family.

Ex-girlfriend of Elvis, Linda Thompson, had previously shown grief for Lisa Maria when she was admitted into the hospital. Following the news of her death she posted a picture of a young Lisa Marie in the arms of her late father, the caption reading, “My heart is too heavy for words…”

“Lisa baby girl, I’m so sorry,” he wrote. “I’ll miss you but I know I’ll see you again. My love and heart goes out to Riley, Priscilla, Harper and Finley.”

Lisa’s longtime friend and Duchess of York, Sarah Ferguson–‘Fergie’ for short–shared her condolences with a heartfelt Instagram post of the two lovingly embracing for a photo.

“Lisa did not have an easy life, as some might think,” part of her message read. “May she be at peace, resting with her son and father now.”

Lisa Marie lost her son Benjamin to suicide in 2020, but is survived by her three daughters, Riley, Harper, and Finley.