Salma Hayek Credits Her Struggles for Making It Big in Hollywood 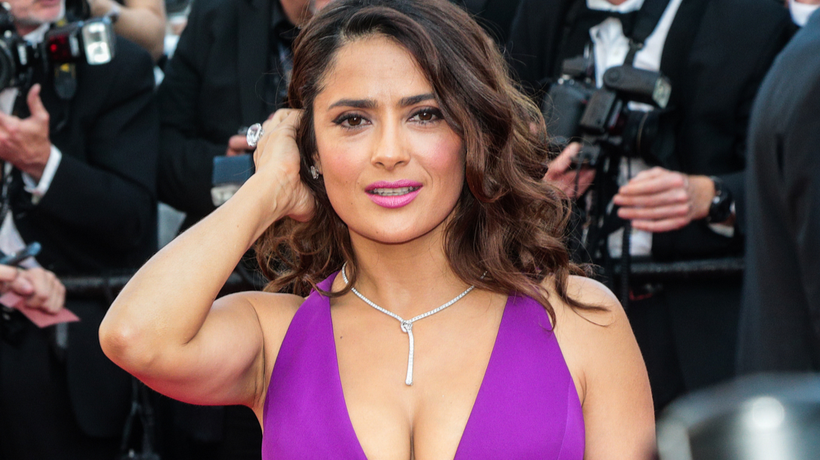 Today she is a well-recognized actress, but Salma Hayek had to struggle to make her mark in the Hollywood hills. She was told that she ‘didn’t have a future when she moved to the U.S. at the age of 24.

Salma Hayek started her career with roles in television and film in Mexico in the late 1980s. By the early 1990s, she moved to Los Angeles to further pursue her career in film, but the transition to an English-language audience wouldn’t be easy.

In a Wonderland interview, Hayek shared, “I remember when I got to the United States they told me I didn’t have a future. At the time it really was something impossible.” Proving them wrong she continues to get roles today, even though it is still a struggle to be a Latina in the entertainment industry.

BET’s Brandon Claybon asked Hayek about her struggles that she faced at the beginning of her career as a Latina actress and she answered, “Oh, I still do.” In the beginning, she said, “They would laugh at you. They were laughing at me for wanting to act here because I was a soap star in Mexico, and I had to start again as an extra because there was really nothing.”

She explained that at the time there was no pressure on studios to cast Latinos and roles available were limited, especially for women. With all the pushback she has got throughout the years, she has also faced other struggles as being a woman in the industry.

Hayek was one of the women who accused Harvey Weinstein of sexual misconduct. She told the New York Times, “The range of his persuasion tactics went from sweet-talking me to that one time when, in an attack of fury, he said that terrifying words, I will kill you, don’t think I can’t.” It was difficult when everything came out again because she was still healing from the incidents. She was shocked to find out other women were affected as well, “It was very shocking. But the fact that we [took action] together made it really healing,” she said.

At her age today, it is less likely to find roles but that does not stop Hayek. “Then on top of it, being a woman working in your fifties you are the grandmother; you would work here and there, almost nothing…And now, that’s not the case. I’m at the best moment in my career and I get to do cool films,” she tells Wonderland.

Salma Hayek is set to appear in the sci-fi film Bliss with co-star Owen Wilson in an entire world that is a simulation. It is one of three films she will star in this year after many productions were delayed by the pandemic.