Is He Too Sensitive? (Definitely Not a Good Thing) 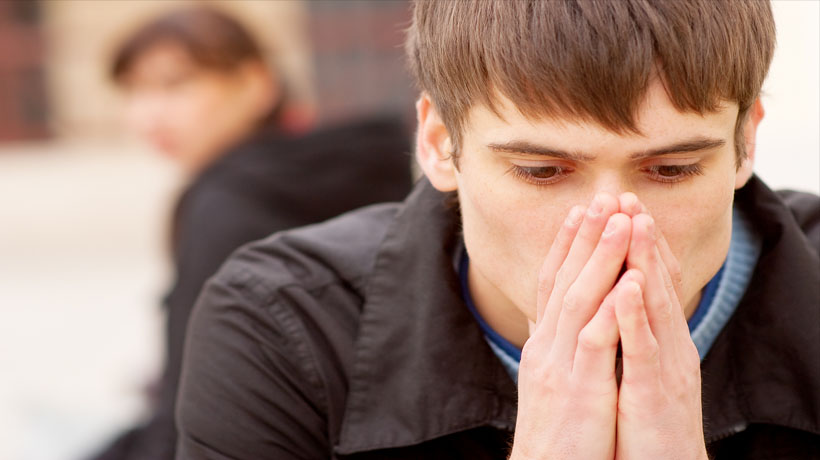 A man who can truly reveal his sensitive and vulnerable interior may sound like a woman’s ultimate dream. But too much of something isn’t necessarily a good thing. Here are four times when his hypersensitivity may indeed be taken as a weakness.

Short fuse
If you feel like you have to ‘walk on eggshells’ or filter everything you say to avoid setting your partner off, it’s a red flag. Although anger management is a very real issue for some people,  it doesn’t mean you should excuse their behavior. If he cares about you, he should be considerate of your feelings too––rather than focusing solely on how he’s impacted by a situation.

Not giving space
It may seem nice at first to have a partner who begs for your time, but if he tries to hog your schedule all for himself, it’s a definite problem. Don’t let anyone make you feel guilty for how you spend your time, especially if it’s with those you care about. Spending time apart is healthy, albeit necessary for a relationship to flourish.

Green with envy
In the budding stages of a relationship, it can be cute when the guy you’re seeing becomes slightly jealous of other men who take interest in their women. Take heed – this can turn sour real quickly. He should be confident enough in what you two share to trust you. Also, if he’s literally fighting off other guys who so much as glance at you, there’s a clear insecurity issue going on.

Always sorry
A guy who can admit when he’s wrong is undoubtedly a good start … to an extent. A man shouldn’t have to apologize for everything his partner gets upset about. Being sorry about every little thing takes away the value in a real apology and makes you wonder if he’s actually being genuine. Not only that, but he’ll seem as if he lacks a backbone in standing up for himself (thus, how will he be able to stand up for you?)