Sharon Osbourne Lawyers Up Amid ‘The Talk’ Race Drama 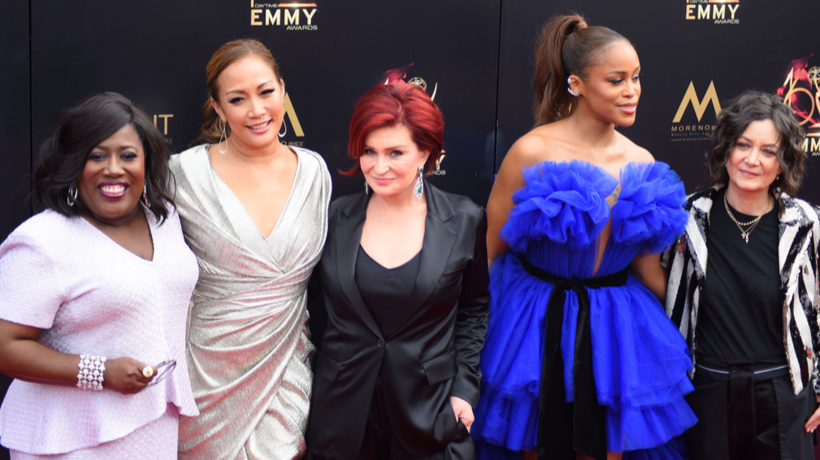 Sharon Osborne has hired a lawyer who has worked with her family before amid “The Talk” drama, which has escalated into a scandal about race.

Osbourne is being represented by Jeremiah Reynolds, of the LA law firm Eisner, in her negotiations with CBS as the network investigates reports of an alleged “racially insensitive and hostile environment” on the show, Page Six reports.

The complaints were brought to light after Osbourne’s recent exchange with Sheryl Underwood, which has forced the show off the air for two weeks so far. The Talk was set to return on March 22, but People reported this weekend that the show will remain on hiatus through at least March 29 as the network continues to investigate the claims against Osbourne.

A source familiar with the CBS internal investigation said, “Sharon wasted no time in getting her lawyers immediately on the case. Jeremiah Reynolds has a very strong reputation as a trail and arbitration lawyer and is handling all her negotiations with CBS.”

Another source had earlier told Page Six that Osbourne is expecting to be fired but is reportedly demanding a payout in the tens of millions from CBS to leave her co-hosting job on The Talk.

“The network will have to pay her a sizeable settlement to keep her quiet after this,” the source said. “She could write a book, she would do a world of interviews. She knows where all the bodies are buried.”

During the episode of The Talk where Osbourne was defending her friend Pierce Morgan in regard to his criticism of Meghan Markle, led her to say, “I very much feel like I’m about to be put in the electric chair because I have a friend, who many people think is a racist, so that makes me a racist?” Which led co-host Sherly Underwood to be taken aback by the fierceness of her defense.

Since then, there have been accusations of Osbourne being racial insensitivity behind the scenes. Former co-host Holly Robinson Peete went on to allege that Osbourne called her “too ghetto” to be on the show. Fellow “The Talk” alum Leah Remini also claimed Osbourne referred to Julie Chen, who is Chinese American, as a “wonton” and “slanty eyes.” Osbourne has denied these claims.

“In situations like this, you’re always going to get people who you’ve had disagreements with in the past, people who’ve got axes to grind, who come out of the woodwork and they’ll come out with their BS and that’s it. It doesn’t surprise me at all. It doesn’t surprise me,” Osbourne told the Daily Mail. “Being accused of racism is no joke. Now they get their sweet revenge. I can’t even address it because it’s kids in a schoolyard.”

Earlier this week, representative for The Talk released a statement regarding the show: “CBS is committed to a diverse, inclusive and respectful workplace across all of our productions. We’re also very mindful of the important concerns expressed and discussions taking place regarding events on The Talk. This includes a process where all voices are heard, claims are investigated and appropriate action is taken where necessary.”