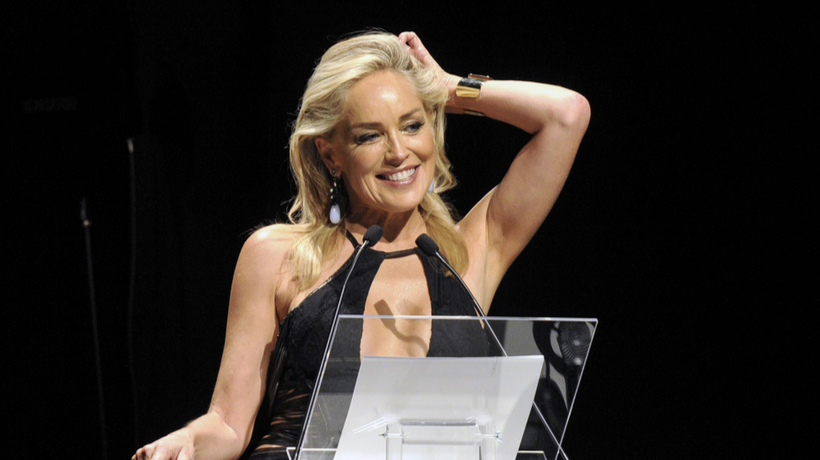 In an excerpt for Sharon Stone’s upcoming memoir, The Beauty of Living Twice shared with Vanity Fair, she details several unsavory sexual harassment situations she has endured during her 40-year career as a woman in Hollywood.

In one of the exploitative incidents described by Stone, an unnamed producer pressured her to have sex with a male co-star on an unnamed movie to help improve their onscreen chemistry.

Stone recalls that the producer brought her to his office, “where he had malted balls in a little milk-carton-type container under his arm with the spout open,” she writes. “He walked back and forth in his office with the balls falling out of the spout and rolling all over the wood floor as he explained to me why I should f—k my co-star so that we could have on-screen chemistry.”

She said the producer boasted to her about making love to Ava Gardner on-screen back in his day. “Now just the creepy thought of him in the dame room with Ava Gardner gave me pause,” she wrote.

Stone also details how the producer in question insisted on casting this actor, even “when he couldn’t get one whole scene out in the test…Now you think if I f—k him, he will become a fine actor? Nobody’s that good in bed.”

“I felt they could have just hired a co-star with talent, someone who could deliver a scene and remember his lines. I also felt they could f—him themselves and leave me out of it. It was my job to act, and I said so,” she wrote. As a result, Stone was labeled “difficult.”

Stone was also told by her former manager that no one would hire her because she wasn’t “f-able.” She also recalls working with a director whom she refers to as a “#MeToo candidate” who refused to shoot her because she wouldn’t “sit in his lap and take directions.”

Stone also shares details about her time working on her star-making turn in Basic Instinct. There is the infamous scene, in which her character Catherine Tramell is being interrogated and she uncrosses her legs to revel she is not wearing any underwear.

In her memoir, she says the first time she saw this scene was in a room full of agents and lawyers, most of whom had nothing to do with the making of the film. After she says, “I’d been told, ‘We can’t see anything—I just need you to remove your panties, as the white is reflecting the light, so we know you have panties on.” Stone says she slapped her director across the face when she saw it and called her lawyer, who said she could file an injunction against the film and stop it from releasing.

She ultimately decided against it and recalled, “After the screening, I let Paul know of the options Marty had laid out for me. Of course, he vehemently denied that I had any choices at all. I was just an actress, just a woman; what choices could I have?”

“But I did have choices. So, I thought and thought, and I chose to allow this scene in the film. Why? Because it was correct for the film and for the character; and because, after all, I did it,” she wrote.

For the chance that her raw revelations in her autobiography cause trouble in Hollywood or beyond, Stone’s message is that “you can’t shame me.”

Sharon Stone’s memoir will be available on March 30 via publisher Knopf.