Signs an Ex May Actually be a Narcissist 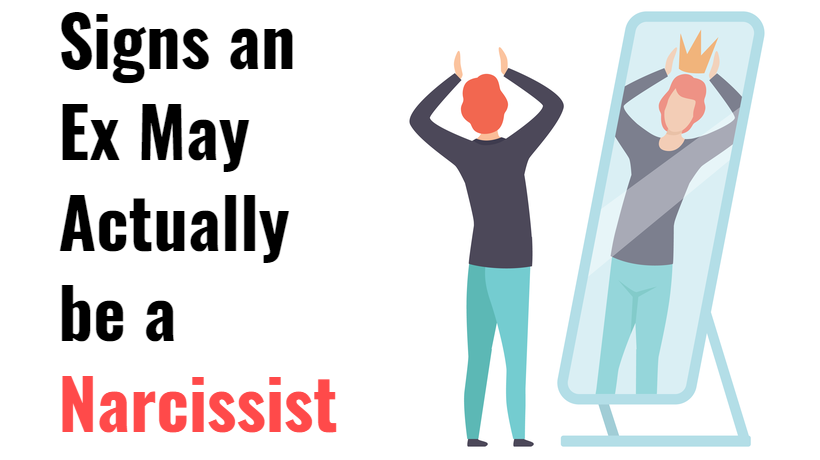 One of the most difficult things to reconcile in life is past relationships. Sometimes we can unfairly put more of the blame on ourselves than our past partners in an effort to make sense of heartache. But it is important to remember that we can only hold ourselves accountable for so much, especially for toxic relationship dynamics.

Depending on their behavior, your ex’s negative characteristics may be indicative of a bigger underlying problem (that goes beyond your personal bias).

Narcissism, otherwise known as Narcissistic Personality Disorder (NPD), is a mental disorder characterized by an inflated sense of self-importance, an intense need for attention and praise, and lack of empathy for others. Because many people NPD can struggle with arrogant and selfish behavior, NPD can cause major issues in people’s personal lives, finances, work, and close relationships. Thankfully, people diagnosed with NPD can be treated through talk therapy and lifestyle changes.

Here are some red flags that could suggest your ex is actually a narcissist.

One of the most well-known signs of NPD is an inflated ego. This exaggerated sense of self-importance is very different from simply having a high self-esteem. Many times, individuals with NPD will have a neediness for constant praise and admiration; they will often over-exaggerate their talents and achievements, and expect to be rewarded for their feats. Much of their attention is often fixated on fantasies related to success and power. This sense of inflated superiority will often come at the expense of others as well: in social situations, people with NPD will tend to dominate the conversation and belittle others as a way to boost their own image. Because they see themselves as superior to others, people with NPD will only associate themselves with those who they see as equally special or useful for their own personal gain.

Another important marker of NPD is manipulative behavior and gaslighting. In pursuit of success and power, it is not uncommon for people with NPD to take advantage of others. In many of their relationships, these individuals will often expect special favors without compensation. Because of their high expectations and sense of self-worth, people with NPD will often expect the best of everything, whether it’s the nicest office or the fanciest car.

One form of this controlling behavior includes gaslighting. Gaslighting is a tactic manipulators will use to invoke doubt in their victims by making them question their reality (and sanity). Gaslighting can cause major harm to peoples’ emotional well-being and is often a hallmark trait of NPD.

People with NPD tend to react quite strongly to any form of criticism. While they may be quick to point out others’ flaws, they aren’t as willing to acknowledge their own mistakes and have extreme difficulty handling anything that they may perceive as criticism. They do not react well to change and have difficulty regulating their emotions and behavior. According to Mayoclinic, people with NPD can respond to criticism with “rage or contempt” and often harbor secret feelings of insecurity or shame whenever they fall short of perfection. It is important to recognize that in relationships, people with NPD may attempt to project these insecurities onto their partners as a way to avoid acknowledging their own mistakes.