Single mother of 4 rescues her children from burning house 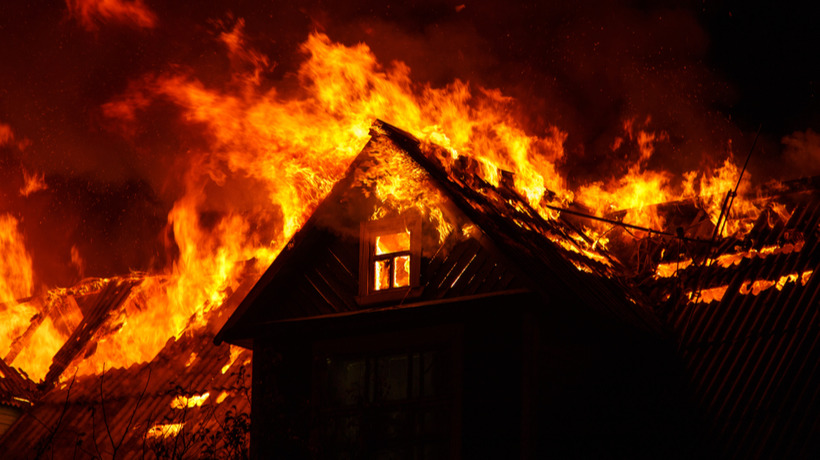 A single motherfrom Chelsea, Michigan is recovering from severe burns after repeatedly running into her burning home to rescue her four children.

On Tuesday, Mikala Vish’s home caught fire when she and her children were still inside. It didn’t take long until the house was engulfed in flames, trapping Vish and her four children. Luckily, thanks to Vish’s heroism and motherly instincts, she and her family are alive today.

Chelsea firefighters Lt. Derek Klink and Capt. Scott Basar told Detroit’s NBC affiliate WDIV that Vish repeatedly entered her home to save each of her children, who range from 12 years-old to 9 months.

Klink called it “the most heroic thing” he’s ever seen.

“Sometimes, people call us heroes. And in this instance, in no way were we the hero,” Klink said. “Mikala deserves all the credit.”

“She was burnt over 60% of her body and she has both 1st, 2nd, and 3rd-degree burns,” Vish’s mother, Susan Sutton also told local reporters. “I would expect no less from her. She has always been a spitfire, she is extremely determined. It didn’t surprise me at all.”

According to a Gofundme campaign organized to help pay for the family’s medical expenses, Vish’s 6 year-old son also suffered burns to his hands, feet, and back.

“She has many tubes in her, she can’t talk. She is wrapped up like a mummy,” Sutton said, further explaining that her daughter could be in the hospital for several more months.

​​”She is a woman of great faith and prayer and I think that along with her very spitfire personality is what’s getting her through and it gives me the courage to know this is going to work,” Sutton said.