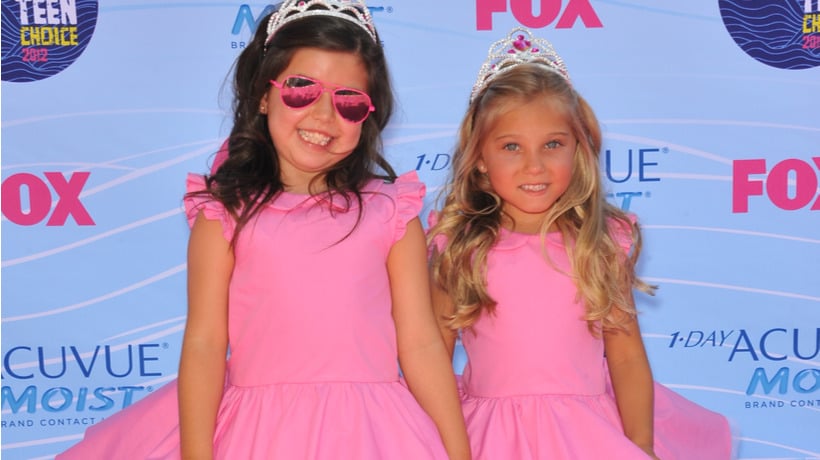 Cousins Sophia Grace and Rosie, now 19 and 15, took to The Ellen DeGeneres Show stage one last time on Thursday for Ellen’s farewell season. For their final goodbye to the show, the two reprised Nicki Minaj’s Super Bass, the song that made them famous— and scored them their first Ellen invite —  when they were just 9 and 5.

Before their performance, the girls, who have appeared on Ellen more than 30 times in the last 10 years, shared what happened behind the scenes before they filmed the viral clip.

“As a child, I always used to play dress up. So did me and Rosie,” said Sophia Grace. “I was dressing up, and Rosie’s favorite costume happened to be The Virgin Mary — you know, Mary and Jesus.”

So Rosie had to make a quick costume change.

“I was around and Rosie was wearing the outfit. I kept singing Nicki Minaj all the time and my Auntie, Rosie’s mom, was the only one who had an iPhone,” Sophia Grace continued. “She said ‘Why don’t we film it? Rosie, quickly get out of the Virgin Mary outfit and get into that outfit.'”

When the two were camera-ready, the performance was captured and posted two YouTube. In that moment, two stars were born as Sophia Grace rapped the song and Rosie danced. Over the past decade, the video has accumulated nearly 55 million views.

After the video went viral, Sophia Grace and Rosie were invited to meet Ellen, who would make them regular guests on her show from that point on. Among some of the girls’ most memorable moments on the show are when, in 2010, Nicki Minaj herself surprised them during one of their appearances, and the time in 2012 when Rosie asked Taylor Swift about her dating status over tea.

For their final performance, the two donned their original “microphone” props.

Both Sophia Grace and Rosie are pursuing careers in music. Sophia Grace’s latest single, “Little Things,” was released alongside a music video on May 6th.

Rosie, who uses her full name, Rosie McClelland, released her own single, “Safe In Your Love,” on Tuesday, with an accompanying music video.

The Ellen DeGeneres Show will air its final episode on May 26.