Some Strong Women May Be Alone, but Aren't Lonely 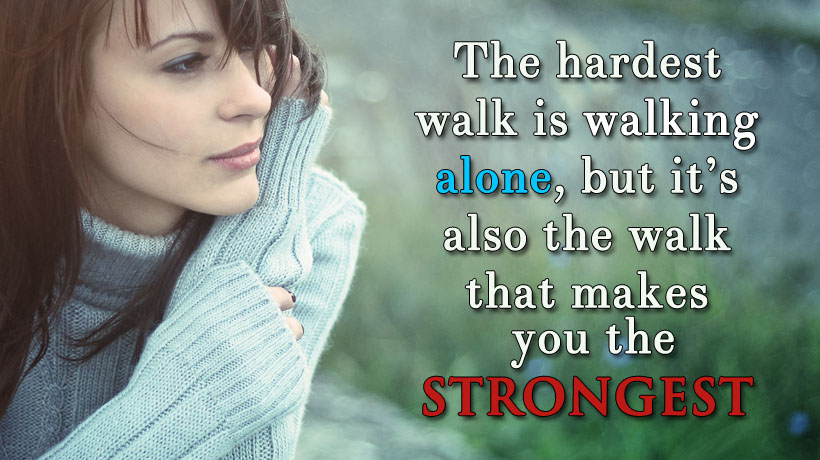 When you stand alone, you realize what you have inside you.

This doesn’t mean strong women don’t have meaningful relationships, since they know the importance of supporting their friends. Still, much of their power starts with their solitude. During quiet moments of reflection, strong women build the character they need to become their own heroes during the times that test them.

They’ve survived tough times and learned their lessons
You never truly know the storm a strong woman is weathering. She may confide in her close friends, but she doesn’t waste time begging for sympathy or justifying herself with pity. Instead, she learns from her mistakes, lets go of what she can’t control, and moves on.


They know they’re truly never alone when they trust their intuition
A strong woman keeps company with her instincts. Instead of asking, “What do my friends or family want me to do?” She asks herself, “What do I need to do?” Her empathy, self-care, and intelligence rule her decisions. Her intuition speaks louder than 1,000 texts or voicemails from people who aren’t looking out for her.

They know it’s more lonely to be with toxic people who deplete them
She doesn’t have an attitude; she has standards. A strong woman can fiercely love and generously give, but she doesn’t allow anyone to take from her without her consent.

They understand that to love other people, they need to love themselves first
She won’t project who she is or wants to be onto her partner. A strong woman has her own passions, hobbies, and beliefs, and she only chooses to share them with people who show genuine interest. If not, she’s perfectly happy living her own life.

They aren’t afraid to reach out for help –– they know that’s a sign of strength, not weakness
Not every problem can be solved by one person. Part of a woman’s strength comes from her network, and a strong woman knows to build her tribe with beautiful souls. Those are the people who will support her, not challenge her.