The Surprising Benefits of Hugging 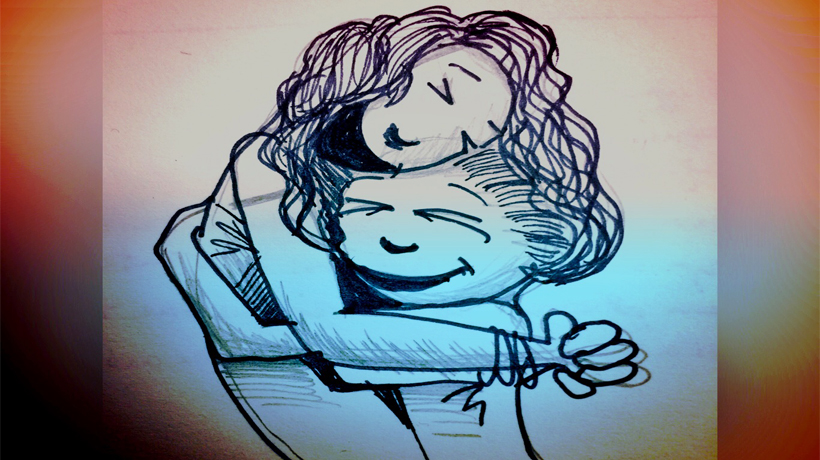 First of all, I’d like to promote a trend. When I write to people I often close my emails or texts with “(((hugs)))” – the more brackets the bigger the hug. Use it. Pass it on.

I found this article from U.S. News and World Report on The Health Benefits of Hugging and I was fascinated! It got me searching, and I kept finding article after article about hugs and how great they are. We’ve all given, received or ‘shared’ a hug—and yes, it feels good—but I wasn’t able to say why … until now.

Never get sick
OK, I’m exaggerating. But a real study in 2015 showed that people who received hugs were less likely to come down with colds once exposed to the virus. Even for those who did catch a cold, their symptoms were less severe if they got hugs. What?!

Turns out that hugging provides “greater social support” which reduces stress. Stress increases our likelihood to catch a cold because it reduces the strength of our immune system. Hugs make us feel greater interpersonal bonds, which increases the intimacy hormones that help eliminate stress hormones.

WAIT, HOW IS THIS WORKING?
Research from the 1950s found that baby monkeys who fed in contact with fake mothers made of wires grew up maladjusted compared to baby monkeys who fed in the embrace of their actual mothers. So it wasn’t about milk, which they got equally, but about touch, which they did not get equally. As it turns out, light pressure on the skin activates receptors for the “vagus nerve”. Activation of that nerve lowers blood pressure and slows heart rate. The longer the hug, the more of the hormone oxytocin is released, creating more intimacy and bonding.

In other words, a handshake or a high-five isn’t going to work. There needs to be more contact on the body with at least a modest degree of pressure that stays in place for a few seconds or more, though 20+ seconds is the proven benchmark.

Reduce pain and inflammation
If someone has a broken rib, a hug might not be the best medicine. However, many studies prove that the hormone oxytocin (which hugs can release in large amounts) can reduce inflammation following strokes and heart attacks. They can also improve perceived pain levels and lower a person’s ratings of their pain.

Improve communication and trust
Once again, oxytocin to the rescue. Oxytocin, released in large amounts during the extended pressured embrace of a hug, builds a bond between huggers. That bond includes feelings of safety, trust and openness.

I’M NOT A HUGGER, WHAT DO I DO?
Some people are not huggers. If you are comforting someone who has been a victim of physical or sexual assault for instance, touch might do more harm than good. But different studies have shown you can also get a rush of oxytocin from breastfeeding, snuggling with a lover, giving money away, laughing, take a relaxing walk outside, calling a good friend and deep breathing.

Become happy!
Serotonin, you’re right, you play a role here too. If oxytocin is the “cuddle hormone,” then serotonin is the “happy hormone.” A long hug (lasting 20 seconds or more) can also produce serotonin, which improves mood and triggers feeling of happiness.

Alright everyone, get out there and (((hug))) your mom, spouse, cousin, friend, dog, coworker – whoever – but ask first, please. It does your body and mind good.