Surreal High-Definition Video of Titanic Revealed for the First Time 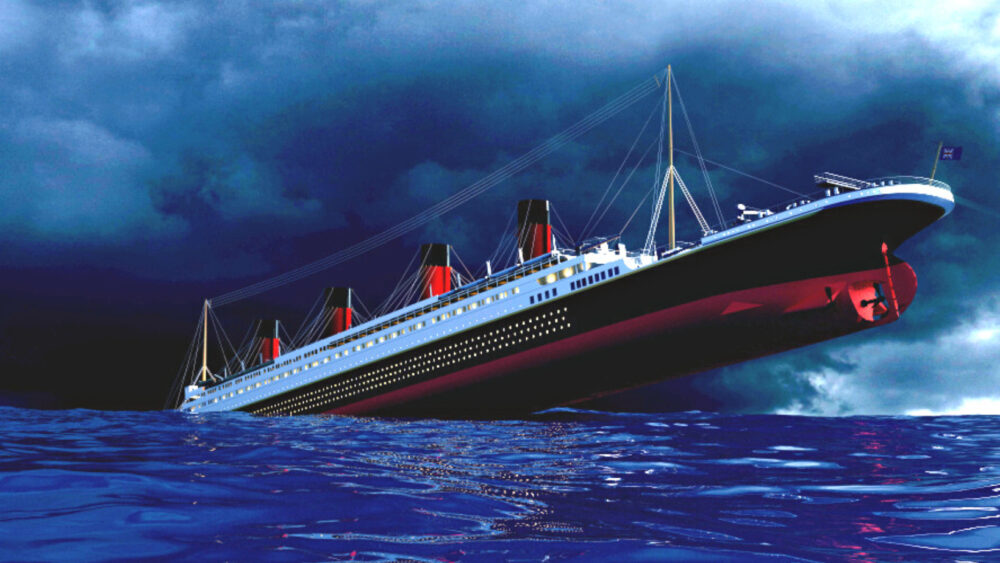 OceanGate Expeditions released Tuesday “the very first 8k video” of the RMS Titanic, more than 100 years after it sank.

The 60-second video gives viewers a tour of the outside of the famous shipwreck, revealing details never seen before along the deck and the bow.

In a press release, Titanic diver Rory Golden identified elements of the ship that he hadn’t previously noticed: “For example, I had never seen the name of the anchor maker, Noah Hingley & Sons Ltd., on the portside anchor.”

“I’ve been studying the wreck for decades and have completed multiple dives, and I can’t recall seeing any other image showing this level of detail,” Golden continued. “It is exciting that, after so many years, we may have discovered a new detail that wasn’t obvious with previous generations of camera technologies.”

The press release said that, in the video, you can see the ship’s “renowned bow, the portside anchor, hull number one, an enormous anchor chain (each link weighs approximately 200 pounds or nearly 91 kilograms), the number one cargo hold, and solid bronze capstans.”

“Also captured is dramatic evidence of decay where some of the Titanic’s rail has collapsed and fallen away from the ship,” it explains.

OceanGate Expeditions stated that the new footage will be used to monitor the rate of decay of the wreck.

“With the help of scientists, the video will also support identification of species that are observed on and around the titanic, and archaeologists will be able to document elements of the wreck and debris field in greater detail,” they said.

The Titanic famously set sail carrying some 2,200 people — including millionaires, immigrants, 13 honeymooning couples, and an eight-man band that played to the very end — and lifeboats for only half of them. 712 people were saved, and the rest drowned or froze in the water.

“It was the biggest ship in history, filled with celebrities of that time,” said James Cameron. Cameron directed the blockbuster Titanic, starring Leonardo DiCaprio and Kate Winslet.

“It would be like if you took a jumbo jet filled with half the stars in Hollywood and crashed it into the Washington Monument,” Cameron added.