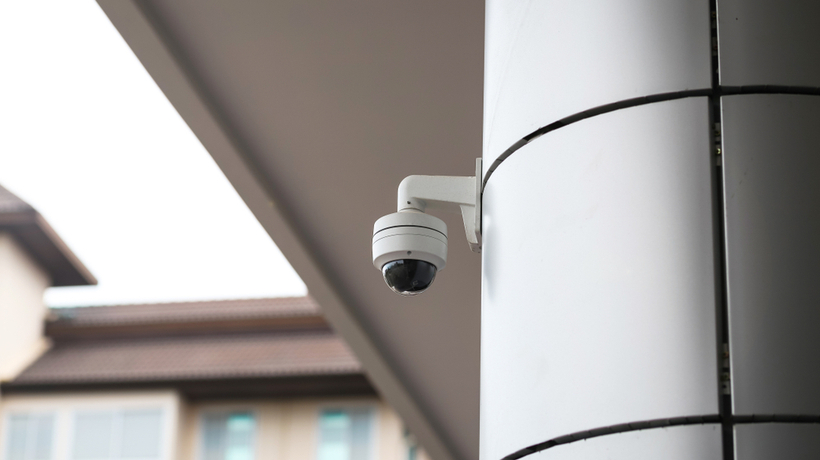 Just two years after being named ‘Teacher of the Year,’ 61-year-old Michael Hosinski of Osceola, Indiana has been arrested after he was caught on video slapping one of his students.

Hosinski allegedly hit the Jimtown High School student during a “verbal altercation” on February 25th, according to a press release from the Baugo Community Schools.

The incident is said to have been sparked by a confrontation Hosinski had with the student about a hoodie sweatshirt he had worn to class.

Security footage obtained by WTHR shows Hosinski grabbing the student’s backpack and pushing him against the wall before pointing a finger at him and slapping him in the face.

The slap “caused the student’s head to strike the wall” and “the student suffered visible injuries,” according to a statement by the school district on February 25th. The student was treated by medical staff “immediately.”

The Elkhart County Sheriff’s Office reported that on Friday, Hosinski was taken into custody on a level 6 felony for battery.

Following the aftermath of the incident, many members of the community have spoken out in support of Hosinski. Students organized a walkout on Monday morning, and a Change.org petition asking to save Hosinski’s tenure and retirement garnered 1,345 signatures before a board meeting on Tuesday.

At the meeting Tuesday, it was announced that Hosinski would be allowed to retire early, according to the South Bend Tribune.

Tanner Clark, former student of Hosinski’s, defended his character in an interview with the Tribune.

Clark called Hosinski “a great mentor,” “a good person,” and “a very Christian man,” adding that the video showed “a man who lost his cool and made a mistake.”

On the other hand, the slapping incident was not the first time Hosinski has been criticized for his actions as a teacher, allegedly “violating students’ rights with religious propaganda,” such as a 10 Commandments movie replica, anti-liberal posters, pro-Republican Party posters, and anti-choice posters.

Video of the February 25th incident can be viewed below. Due to its graphic nature, viewer discretion is advised.