Ted Danson Changed his Life for Whoopi--what happened, and more… 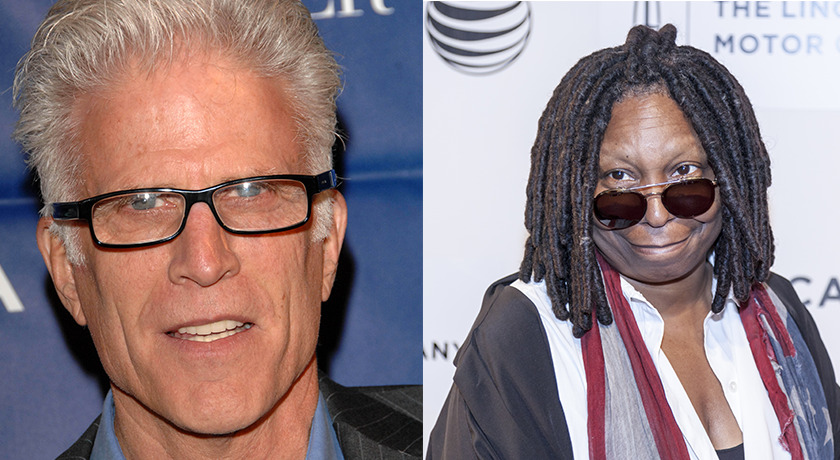 Actor Ted Danson and comedian Whoopi Goldberg were a pair that no one saw coming. The two started dating back in the ‘90s, which controversially led to Danson’s divorce from his wife in 1993.

According to Hello Magazine, Danson and Goldberg met in 1988 on the set of the talk show The Arsenio Hall Show. However, their relationship didn’t turn romantic until 1992, when they were working on the movie Made in America together.

Danson was married to Casey Coates at the time of the affair, and Goldberg had recently divorced her second husband, David Claessen. Danson and Goldberg kept their relationship a secret until they were exposed by the press in 1993.

After 16 years together, Coates filed for divorce from Danson immediately after hearing about the affair. She was granted custody of their two children and was awarded $30 million in the settlement. It was one of the most expensive celebrity divorces at the time, per Hello Magazine.

After the divorce, Danson, and Goldberg continued their relationship much more publicly. The high-profile divorce thrust their scandalous relationship into the public eye, and they were often caught by the paparazzi while out together.

However, after 18 months of dating, the two split.

According to Hello Magazine, Goldberg said in an interview after the breakup: “It was really painful, and it was very public. And the loss of his friendship hurts a great deal. We can never go and have a soda, anywhere… I’m friends with almost every man I’ve gone out with except this man.”

They seemed to have moved on from each other quickly after the split. Danson married Mary Steenburgen in 1995, and they are still going strong today. Goldberg married her third husband, Lyle Trachtenberg, in 1994 but divorced him just a year later. She hasn’t remarried since.

Goldberg, 66, is now reportedly taking a break from hosting the talk show The View to work on other projects. According to USA Today, she is starring in the upcoming Amazon Prime series Anansi Boys.

Danson, 74, recently starred in the sitcom The Good Place which ended after four seasons. Per Variety, he was starring in the NBC sitcom Mr. Mayor but the show was unfortunately canceled after two seasons.