Teen with Special Needs Is Missing — Parents Fear She Was Lured 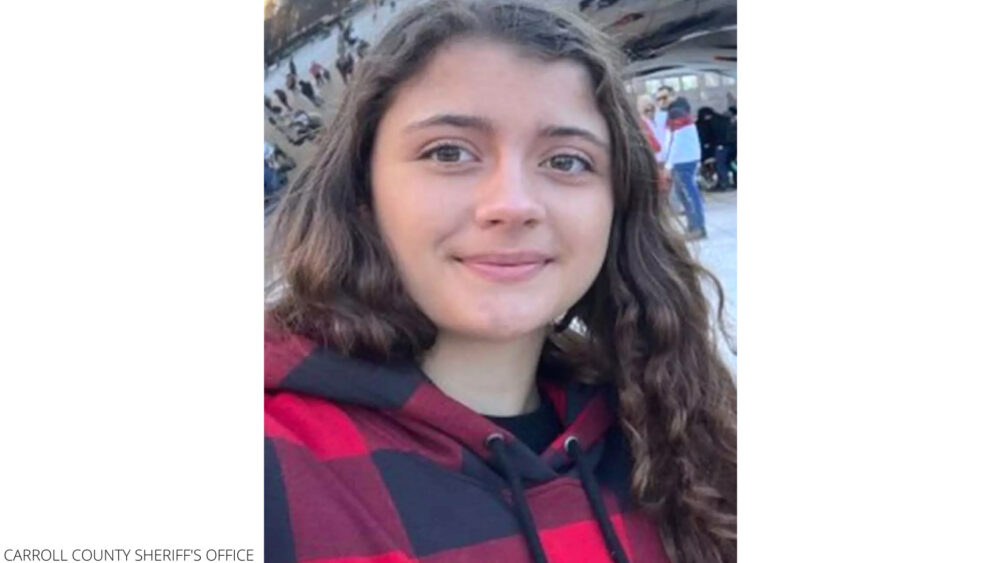 Two weeks ago, 16-year-old Kaylee Jones said goodnight to her parents in their home in Carrollton, GA. The following morning, on June 15th, she was gone.

Authorities and the girl’s parents fear that Kaylee —  who has autism and other special needs and requires special medication —  was lured away by someone she met online who is involved in human trafficking.

Kaylee is not believed to have a phone or vehicle with her, officials say. She is 5 feet 8 inches tall and weighs approximately 135 lbs.

“Investigators have been working diligently around the clock on this case,” the Carrollton County Sheriff said in a press release. “[They] have been reviewing data collected from Kaylee’s electronic devices and have been in contact with those she last had contact with on those devices.”

“Mom also thinks she may have a book bag with her,” the Sheriff’s office added in the statement. “Dark blue with a horse on the front. It possibly has the word ‘Mazi’ or ‘Kaylee’ on it and she may be wearing black tennis shoes or converse.”

In an interview with Fox 5 Atlanta, Daniel and Brenda Jones say that they are worried about their daughter’s safety.

“It’s horrible. We’re worried. Scared about where she might be,” Brenda Jones tells the station. “She’s very loving, very kind, and overly sensitive.”

Brenda claims “[Kaylee] was groomed online,” and that she and Daniel “think she’s a victim of sex trafficking.”

“She’s susceptible, kind of naive to this stuff,” Daniel adds..

The outlet asked the pair what they’d like to say to whoever may be responsible for Kaylee’s disappearance.

“Bring her home,” Daniel said. “She’s got a lot of life ahead of her still;. Just let her go. Bring her home, so we can get her the help she needs, and she can hopefully live out the rest of her life.”

Anyone with information on Kaylee’s whereabouts is asked to contact authorities at 770-830-5916 or by email at kbiggs@carrollsheriff.com.