The real life James Bond: Sean Connery, the loves of his life 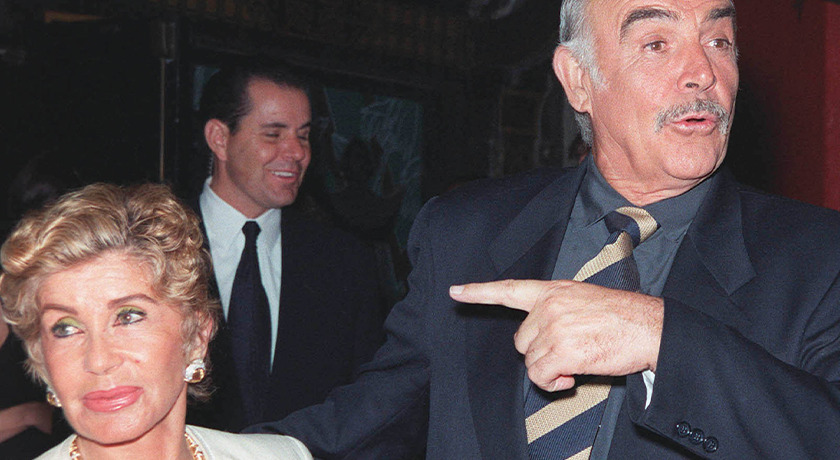 The British actor was the first person to bring the charming persona of James Bond to life in film, and was a Hollywood sex symbol both on and off screen.

Much like Bond, his best-known character, Sean Connery led several affairs with various women. Actresses who played “Bond girls” like Lana Wood remember him as charismatic and magnetic, says Vanity Fair. Lana Wood had a briefly passionate affair with the actor in 1971, while filming “Diamonds Are Forever” with Connery. She decided to end things and the two parted amicably.

Connory died at age 90 on October 31st of 2020, leaving behind his second wife, Michelin Roquebrune. “He had dementia and it took its toll on him. He got his final wish to slip away without any fuss,” said Roquebrune in the NZ Herald.

His son Jason added that the Scotsman had been “unwell for some time,” according to BBC.

The two had no children together. The Moroccan-French painter met Connory in 1970, and they were married in 1975. Though the two couldn’t speak the same language at first, they had no trouble communicating through “body language,” joked Micheline.

Their marriage survived Connory’s affair with Lynsey de Paul in the late 1980s, according to the NZ Herald. “He pursued me relentlessly,” said de Paul, explaining that she regretted the affair. “I was just flattered by the full-on attention.”

Roquebrune had been married twice before, and Connory split from his first wife Diane Cliento, with whom he shared a son. His first marriage to actress Cliento from 1962 to 1973 was surrounded by controversy, as she called him both violent and abusive. Connery certainly had a somewhat violent side, says the NZ Herald, according to a few of his previous interviews.

Michelin had no idea who Connory was when she first met him, but was immediately interested, according to the NZ Herald. “But that first day I didn’t know who he was or anything about him. Then I dreamed I saw this man. I was in his arms. And I thought ‘At last, peace’. The next day I went back to the tournament and that was that!”.

Sean described Micheline as the “love of his life,” and the two lived together in the Bahamas until the time of his passing, writes the BBC.