The Stormy Relationship of Angelina Jolie and Her Father, Jon Voight--Where They Are Now 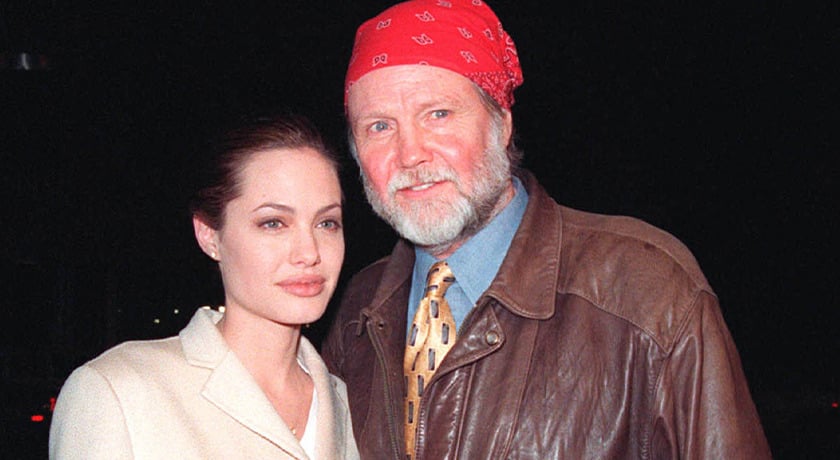 Angelina Jolie has always had a turbulent relationship with her father, Jon Voight. They were estranged for many years after he and Jolie’s mother, Marcheline Bertrand, split when she was two years old.

Bertrand, who passed away in 2007 from cancer, was Jolie’s primary caretaker, and the two were very close.

According to an article by E News, Jolie cut ties with Voight due to his actions during his divorce from Bertrand. The article alleged that Voight was unfaithful during his marriage.

However, Jolie’s then-husband Brad Pitt encouraged her to mend her relationship with Voight in 2010. The father and daughter began speaking again, and she even discussed her children’s close relationship with their grandfather in a 2017 interview with Vanity Fair.

She explained how helpful Voight was during her divorce from Brad Pitt. “He’s been very good at understanding they needed their grandfather at this time,” she said. “I had to do a therapy meeting last night and he was just around. He knows kind of the rule—don’t make them play with you. Just be a cool grandpa who’s creative, and hang out and tell stories and read a book in the library.”

Per an article by Entertainment Times, Voight joined his daughter and grandchildren at the premiere of Jolie’s film Maleficient 2 in 2019.

An article by Suggest reported that he was proud of his daughter’s accomplishments and had nothing but good things to say.

“She’s very strong. And that persona is very rare. So you have these great ones, as I say,” Voight said. “When you see Angelina, you know what’s coming, you know who she is. She’s like one of those people like Bogart or Katharine Hepburn. She’s one of those guys.”

Jolie credits her now healthy relationship with her father to her children.

According to an E News article, in an episode of The Hollywood Reporter’s Awards Chatter podcast in 2017, she said, “Jon and I have gotten to know each other—through grandchildren now. We’re finding a new relationship. We’ve had some difficulties, [but] through art we’ve been able to talk. It’s the common language.”